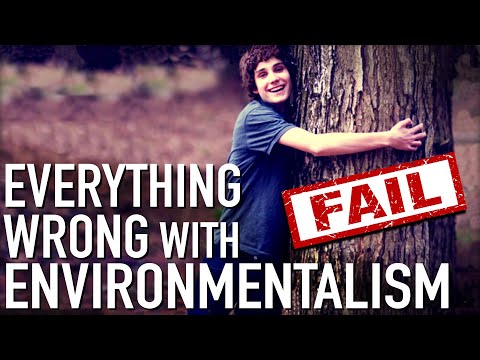 The top environmental organizations and environmentalists should be fighting against the top threat to the environment, right? Well, they’re not.

This article is part of an eCourse.

Most people care about the environment—at least enough to say they do on a study1—and most people have faith that the top environmental agencies in the world are fighting the good fight to remedy the wrongs of humankind, certain that they’re focusing on the core issues with the greatest impact.

Well, today we’re going to look at the top issues championed by environmental agencies—and the vast majority of environmentalists—and see why they’re wrong. So…very…wrong. [tweet this]

And now, on to: Everything Wrong with Environmentalism in 11 Minutes or Less!

Note on the written article: The style of the video above is a rapid-fire delivery of facts, which may come off as a bit disjointed—lacking elegant transitions—in its purely written form. Additionally, I employed ample sarcasm in my spoken delivery, which is also echoed in the written article. Lastly, In the video above, you’ll see a “tally of wrongness,” the total for which is stated towards the end of this article (it’s more of an art than a science). A timer also runs during the video to ensure it all comes in at 11 minutes or less.

A conservative 2006 study by the United Nations food and Agricultural Organization (FAO)3 found animal agriculture to be responsible for 18% of annual global green house gas emissions. A far more thorough 2009 Worldwatch Institute study—which took into account factors overlooked by the FAO, such as livestock respiration, land use, and methane—found that animal agriculture produces at least 32,564 million tons of carbon dioxide per year—51% of all global emissions. Comparatively, all methods of transportation combined account for only 13% of emissions.4 [tweet this]

And what do the environmental agencies point to? Reducing fossil fuel usage.

If we completely stopped all use of gas, oil, fuel, electricity, et cetera—and never used them ever again—we would still exceed our carbon equivalent greenhouse gas emissions of 565 gigatons by the year 2030—just with the impact of livestock alone.5

So, even if we ceased all use of fossil fuels—which would be the wet dream of every environmental agency—we’d still be gassing out the planet with the one contributor—the main contributor—which they refuse to even address.

In a similar vein, the focus is always almost exclusively on carbon dioxide—but methane is 25-100 times more destructive than carbon dioxide6 and has 86 times the global warming power.7 According to the FAO (Food and Agriculture Organization of the United Nations), “37 percent of human-induced methane comes from livestock.”8

If we do reduce the carbon dioxide in the atmosphere, as all the organizations call for, it will take around 100 years to see an actual decline—whereas reducing methane shows results almost immediately, with significant results within decades.9 So the proposed solutions are even farther from the mark of actual constructive change.

Additionally, livestock is responsible for 65% of all emissions of nitrous oxide—a greenhouse gas that is 296 times more destructive than carbon dioxide and which stays in the atmosphere for 150 years.10

Put in comparative terms: your average car over an average day of use produces 3-12 kg of carbon dioxide;11 the rainforest-clearing required for a single hamburger produces 75 kg of carbon dioxide.12 In other words, eating one pound of hamburger meat does the same damage as driving your car for more than three weeks.

But is animal agriculture ever mentioned by any of the top environmental organizations or environmentalists in relation to global warming? Nope. They focus on alternative energy, when converting to wind and solar power will take 20-plus years and roughly 43 trillion dollars,13 and going vegan takes seconds and can be even cheaper than being non-vegan.

Environmental protection agencies recommend to use less water, take shorter showers, use a low flow shower head. Here is where you’ll find the greatest variation from my original calculations based on a 5 gallon per minute shower head. This time around, I found that the typical shower head after 1980 emits 2.5 gallons/minute with the low flow emitting no more than 2 gallons/minute.14

Environmental agencies focus almost exclusively on curbing home water usage. However, in the United States—for example—only 5% of water is used by private homes, while 55% of is used for animal agriculture.20 Worldwide, 20-33% of all fresh water consumption goes to animal agriculture—that’s up to a third of the planets water.21

But the environmental agencies prefer saving 1,825-2,737.5 gallons a year by using a low flow shower head.

Oh, and the trendy little Greek yogurts out there? 90 gallons of water for a single 6 oz. serving.24 [tweet this] And one stick of butter? 109 gallons.25

Not only does that blow every water conservation recommendation out of the water, but look at it this way: to save the same amount of water as being vegan for a single year, you would have to not shower at all for almost 100 years. Expanded NoteThis figure is derived from daily 10 minute showers with a water saving shower head. [tweet this]

And the advice of the supposed environmental champions: shower less, turn off the water while soaping your hands, run your sprinklers at night. Because that’s how we’re going to change the world.

Fracking is the new golden child of environmentalists and their leading organizations. Fracking is destroying the planet! It’s polluting the waters!

Taking into account the exponential difference between a billion and a trillion, animal agriculture in the United States consumes anywhere from 486 to over 1,000 times (1,086) more water than fracking, the largest threat to water according to environmentalists. [tweet this]

Some of the worst human-created devastation is in our oceans. Three quarter of the world’s fisheries are exploited.29

90 million tons of fish are pulled from our oceans each year.30

For every one pound of fish caught, up to five pounds of unintended marine species are caught and discarded as by-kill.31

And what’s suggestion of the major ocean protection organizations?: “sustainable” fishing.33 There is no way to make 100 million tons of fish by 2050 sustainable—especially given the 5 pounds of by-catch for every one pound of fish.

Animal agriculture is the leading cause of ocean dead zones34 with livestock operations on land having created more than 500 nitrogen-flooded dead zones around the world in our oceans.35

Environmental agencies focus on industrial waste and the disposal and sanitation of human waste while a farm with 2,500 dairy cows produces the same amount of waste as a city of 411,000 people36 and it is entirely untreated. [tweet this]

All of the waste from animal agriculture has no proper management system, leading to ground water and ocean pollution.

Perhaps they don’t want to address the fecal issue because they themselves are full of…moving on.

For a full DUMP of facts on the impact of animal waste, see “The Public Health Crisis of Animal Waste – Our Global Poo Problem.”

We are currently facing the largest mass extinction in 65 million years.39 Up to 137 plant, animal and insect species are lost every day due to rainforest destruction,40 the leading cause of which is animal agriculture.

“Domesticated” animals alone saw a 3.5-fold increase from 1900 to 2000, resulting in a biomass 25 times that of wild terrestrial animals and over two times that of humans.42 According to researcher and Professor Emeritus Vaclav Smil:

Cattle zoomass alone is now at least 250 times greater than the zoomass of all surviving African elephants, which in turn is less than 2 percent of the zoomass of Africa’s nearly 300 million bovines.43

According44 to an interview conducted by Dr. Richard Oppenlander with Dr. Simon Stuart, chair of the International Union for Conservation of Nature species survival commission:

The Alliance for Global Conservation estimates 36 percent of all species on our planet are in danger of extinction. And what are the major species protection organizations recommending?: wildlife rehabilitation and conservation, fighting poaching, and breeding programs. Way to throw a bandaid on an open artery. I’m sure it will hold.

A third of the planet is desertified, with livestock as the leading cause.46

Nearly half of the contiguous United States is devoted to animal agriculture.47

You can grow 15 times more protein on any given area of land with plants versus animals.50 [tweet this]

136 million rainforest acres have been cleared for animal agriculture; 1-2 acres of rainforest are cleared every second.51

In fact, animal agriculture is responsible for up to 91 percent of Amazon Rainforest destruction.52

But what do the major rainforest protection agencies focus on primarily? Palm oil and pulp production.

The “Too Long Didn’t Read” Version

Environmental agencies not only do not focus on animal agriculture, the absolute most devastating and pervasive single cause of multi-dimensional environmental destruction, but they actually refuse to even acknowledge it.

And individual environmentalists, by and large, perhaps as a consequence or by their own social indoctrination, aren’t even aware of this issue despite devoting themselves to championing the environment.

For the wrap up:

The actual problem is animal agriculture and the actual solution is a vegan diet.

Compared to a meat-lover, a person who follows a vegan diet:

Every day, following a vegan diet saves, on average:

Given all of these facts, it’s abundantly clear that veganism is the only answer to the environmental crisis and the environmental organizations collective failure to recognize this fact leave them with a wrongness tally total of: 13,766 (counted up throughout the video)—qualifying them for an ultimate score of: More Full Of Fecal Matter Than The 7 Million Tons Produced Every Second By Farm Animals In The United States.

It’s time to get real. You cannot be an environmentalist and a non-vegan. It’s now beyond personal choice and allowing everyone their dietary preference. The earth cannot sustain the way we eat. This is a fact and it’s fast approaching critical mass. At this point, there is no reason to keep eating animals other than the purely selfish reason of not wanting to change our habits.

If we want our children to have a world to live on, we have to stop being so childish ourselves regarding our diets and cut out the crap.

I hope you enjoyed this fact-riddled nugget. Please share it around to wake people up to the importance of this issue and feel free to tag any of the major environmental agencies when you share!

The time it took to produce this video clocks in at about 68 hours. If you’d like to help support bite size vegan so I can keep putting in the long hours to bring you this educational resources, please check out the support page.

I’d love to hear your thoughts on this post in the comments! 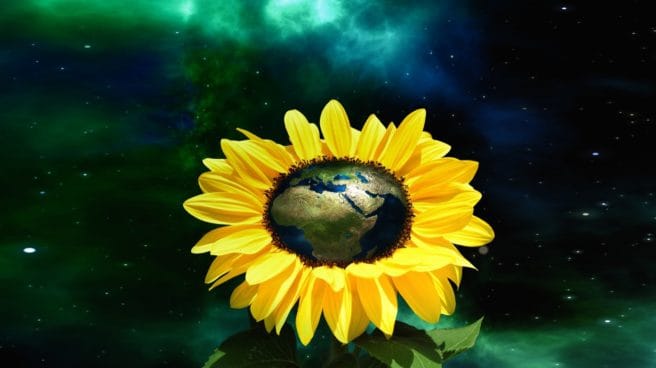 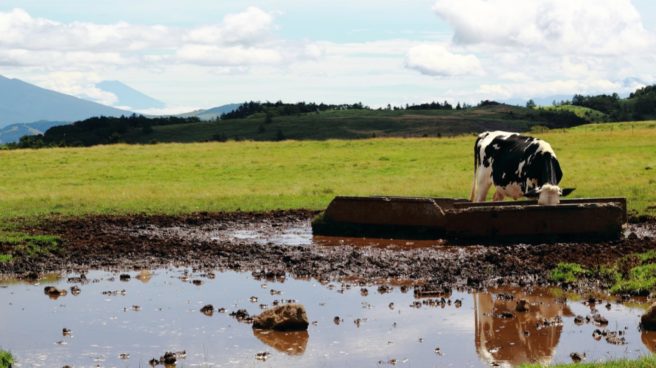 water use in animal agriculture 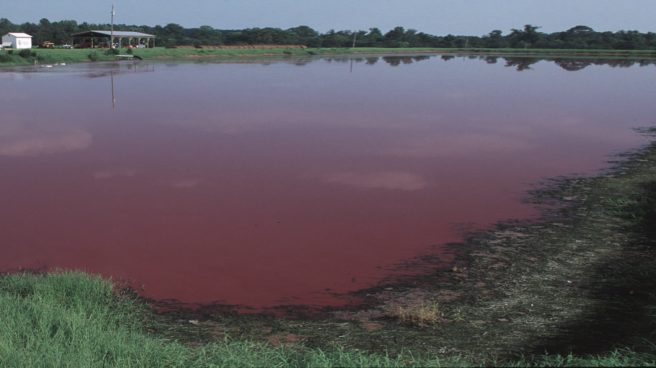 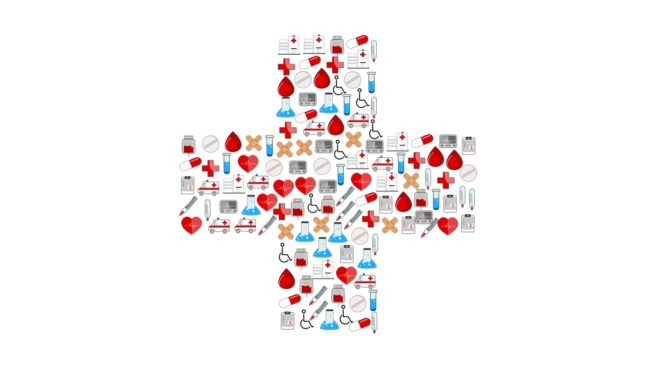