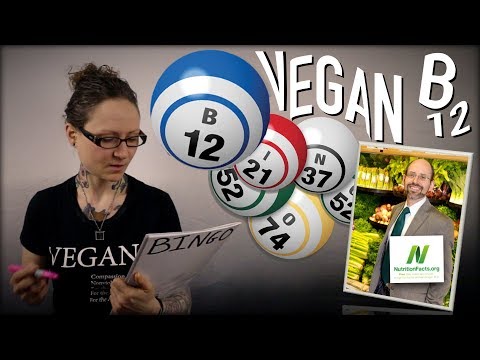 Vitamin B12 is one of the greatest concerns people seem to have when considering a vegan diet. With the help of Dr. Michael Greger, we learn about where B12 comes from and how to get adequate levels as a vegan.

If there’s one nutrient that every vegan is interrogated about, it’s most likely protein. But after protein, it’s vitamin B12. Today’s video post is the sixth in the “where do you get your___?” vegan nutrition concerns series with the nutritionally-sound Dr. Michael Greger of NutritionFacts.org.  I’m going to let Dr. Greger answer this quandary and I’ll come back in to wrap it up. [tweet this]

To hear Dr. Greger’s full take on the B12 issue, be sure to watch the video above.  But here are some choice nuggets:

Sources of Vitamin B12

Dr. Greger: “[V]itamin B12 is not made by plants [and] not made by animals either.  It’s made by little microbes that blanket the earth.  So, we, you know, used to get all our B12 we needed presumably from drinking out of well water or mountain streams, but now in chlorinated water supply to kill off any bacteria. So, we don’t get a lot of B12 in our water anymore.  [We] don’t get a lot of cholera either, that’s a good thing!

But now that we live in a sanitized world, again, a good thing, and we’re not like our primate cousins, eating bugs…feces all day, we[‘ve] got to get B12 from somewhere. And so, the hygienic source, the safest source, the healthiest source, the cheapest source is vitamin B12 supplements.  You can also use vitamin B12 fortified foods in, you know, soy milks, meat analogues, in things that had B12 added to them.  But, probably the simplest things is to take one 2,500 microgram tablet of B12, you know the chewable sub-lingual once a week. [It] cost[s] you $5 a year. Share a bottle with your friends, [it’s] super easy, and you’ll actually have better B12 status than everybody else around you.”

Injectable vs. Sublingual Vitamin B12

Which Type of Vitamin B12 is Best?

Dr. Greger: “Cyanocobalamin is the best, it’s the cheapest, it’s the most widely available and convenient to get.  And the reason I say Cyanocobalamin because that’s what the research is on. … We don’t have similar studies with some of these others and the dosages are all different.  People get confused and if people wanted to take Methyl[cobalamin] then you would have to take like a 1,000 [milligrams] a day, not 2,500 [milligrams] once a week.  With the exception that people who are heavy smokers or people that subsist off of cassava, or have kidney function problems, Cyanocobalamin is the best, cheapest, most convenient source.”

I hope you enjoyed hearing Dr. Greger’s take on B12.  As I’ve mentioned before, animal products contain B12 because other animals eat from the ground and drink untreated water. However, owing to our horrific farming practices—which have virtually sterilized our soil—and our water purification practices, even farmed animals don’t get adequate B12. In the animal products industries, farmers actually give farmed animals B12 shots or supplements in their feed in order to be able to market their products as sources of B12!

Another way to look at this is: if a vegan diet is the reason we’re not getting B12, and meat is the only source, then how did the meat get B12 from eating a vegan diet? [tweet this] While we all generate our own B12 to a small degree, it is not in sufficient amounts.

B12 deficiency is a humanity-induced problem, not a vegan problem. [tweet this] And it is a serious medical issue.

Now I’d love to hear from you.  Where do you get your b12?  Do you supplement?  Let me know in the comments! 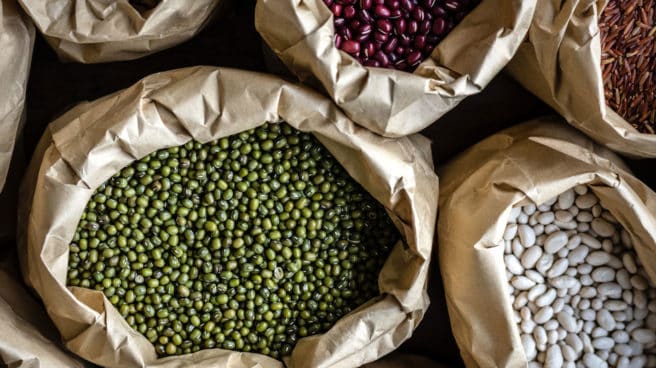