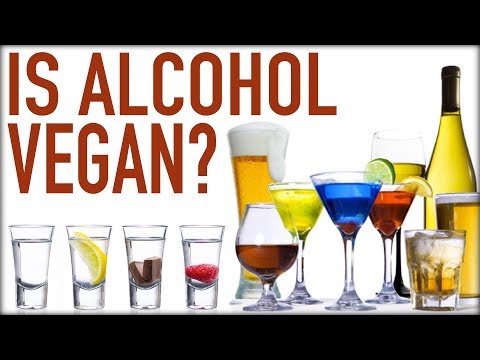 Is alcohol vegan? Or does it contain hidden animal ingredients? In this video, we’ll look into how alcohol is made, what hidden ingredients and refining agents vegans need to be aware of and how alcohol labels are misleading.

When initially going vegan, it’s all about eliminating meat, dairy, and eggs. Then, as time goes on, you start to learn about other issues, like honey, wool, sugar, horse riding, medication and…alcohol. tweet this

Some new vegans completely overhaul their life and health, eliminating drinking entirely—but this is not the case for everyone, nor does it have to be. Vegans comes in as many shapes and sizes as non-vegans: some are straight edge, some are alcoholics in recovery, some enjoy drinking, some simply don’t like it, and some abstain for health or religious reasons.

So, is alcohol vegan? Well, the short answer is: it depends. There are a number of animal or animal-derived ingredients used in the fining process of alcohol clarification and stabilization and some used as ingredients to the beverages themselves.

Fining agents aren’t intended to remain in the final product, but there’s no guarantee. The broader definition of veganism would encompass the use of these animal byproducts in any aspect of the alcohol’s production as making the resulting product non-vegan.

This is similar to the process used to make processed sugar white by filtering it through bone char. However, only some of the elements used for alcohol are a little more direct in nature—they are actual ingredients rather than solely purifiers of the product.

For instance, many liquors contain dairy, and some drinks—like campari—are made with cochineal extract (carmine), which is a red food coloration derived from the dried, crushed bodies of pregnant female Dactylopius coccus (a beetle).

“Fining” is the process of clarifying wine or beer, and “finings” are substances that are usually added at or near the completion of processing. Finings remove organic compounds—such as sulfides, proteins, polyphenols, benzenoids, or copper ions—for the purpose of improving beverage clarity, or adjust the flavor and/or aroma.

In the fining process—or as an ingredient—one or more of the following agents may be used:

For those not familiar, a swim bladder—also known as gas bladder, fish maw or air bladder—is an internal gas-filled organ that contributes to the ability of fish to control their buoyancy in order to stay at their current water depth without having to waste energy.

Over the years, humans have used fish bladders for a wide array of uses: from an Asian delicacy, to a source of collagen for the food industry, to the production of isinglass for alcohol fining, to the creation of a strong, water-resistant glue—all the way to early condoms. Yes, the first condoms were made from the swim bladders of fish and other items from the slaughterhouse.

Let’s take a brief look at the application of finding agents in the basic forms of alcohol. When it comes to beer, the vegetarian society states that,

“real ale undergoes a secondary fermentation while it is being stored in the cask. Cask-conditioned ales need fining to clear the material, such as the yeast suspended within the liquid.

This is typically done by adding isinglass, which is derived from the swim bladders of fish, to gather up the yeast and make it sink to the bottom of the cask.

Bottled naturally conditioned beers will not always have been treated with isinglass. Keg beers and lagers are pasteurized and usually passed through chill filters, as are canned beers and some bottled beers. However, a considerable number of breweries still use isinglass to clear their pasteurized beers.”

Some brands of cider are fined with the use of gelatin.

Many of the previously listed animal derived ingredients are used in the processing of wines to improve appearance of the finished product. The vegetarian society states that:

What About Spirits & Liqueur?

Most spirits and liqueurs appear to be vegan-friendly. However, it’s always best to be sure. How can you tell if any of this awesomeness is in your alcohol? Well, looking at the ingredients label isn’t going to cut it.

Why Reading the Label Isn’t Enough

You can find a list of labeling regulations by country, here or at the bottom of this post.

How to Know if Your Alcohol is Vegan

Luckily, there are many vegan-friendly options out there, and a helpful website that is constantly cataloging them all: it’s called barnivore.com and is run by two vegans.

You can search for your particular drink and even contribute with information you have about others. They do not, however, have information on what kind of glue is used for the bottle labels, as glue can be derived from connective tissue, bones, skin, or casein, so if you’re concerned, opt for a can.

A Note on Alcoholism & Addiction

I’d be remiss if I didn’t include a note about alcohol outside its potential animal content. While drinking can be an enjoyable social lubricant and can be an entertaining addition to the evening when enjoyed responsibly, for alcoholics and addicts, it can be a completely life-destroying force.

I have seen people close to me have their lives fall down around them due to their drinking. But I’ve also seen these very same people rise from that destruction through the help of treatment, a 12 step program, or other methods. I will include some information in the resource section of this post.

I personally do not drink. I’ve never found it appealing in the least, but drinking itself is not evil. If you are responsible and not harming yourself or others—including non-human animals—then more power to you.

As I said earlier on, we vegans are just people, and as people, we have countless variations among us—and that is to be celebrated, not policed for uniformity.

I hope you enjoyed this tall drink of an article. I’d love to hear from you on this topic: Were you aware of the animals in alcohol? If you’re vegan, did you change your habits around alcohol at all with your dietary change? If you’re not vegan but thinking about it, is this a consideration you’ve made or was it way off your radar? Let me know in the comments!

Be sure to check out the “Is This Vegan” series for more on what’s vegan and what’s not!

MORE IN THIS SERIES 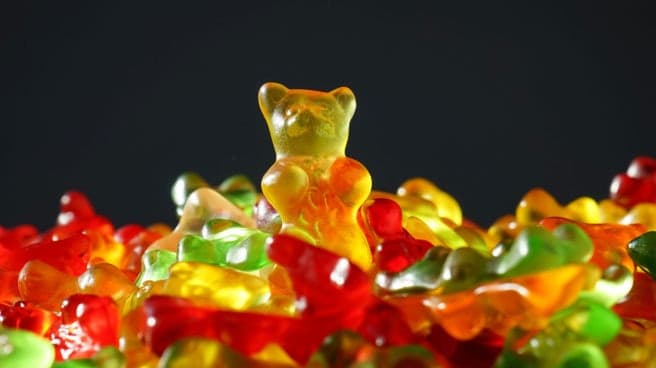 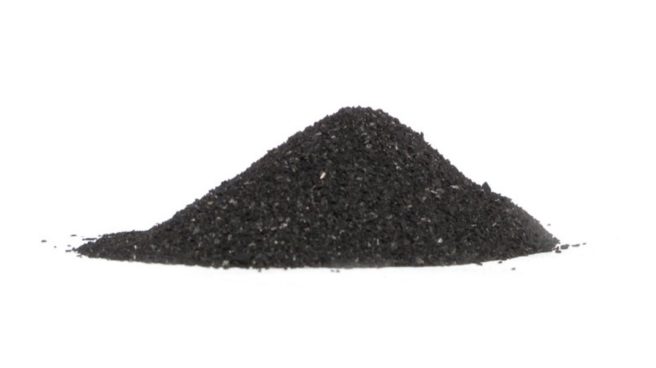 Struggling With Alcohol?  Here Are Some Resources