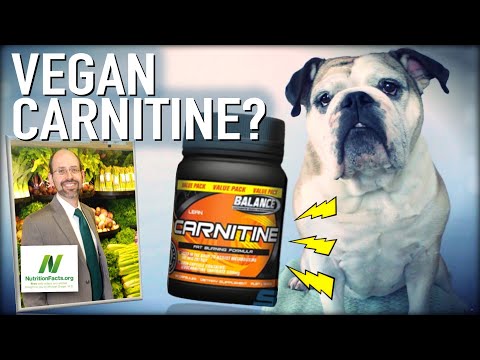 Carnitine, creatine, carnosine and taurine aren’t the first concerns new vegans have. They usually come to light after reading articles cautioning would-be vegans of potential nutritional pitfalls. Should vegans be concerned about these nutrients?

So far in the Vegan Nutrition Concerns Series, we’ve answered concerns about protein, Omega 3s, calcium, iron, vitamin D, B12, zinc and iodine but what about something as obscure and “carnovirous-sounding” as carnitine? Or, for that matte,r carnosine, creatine or taurine? What is this elusive, primarily animal-derived substance all about and should we vegans be concerned? [tweet this] (or funnier ones like this and this)

Today is the final installation in the series with Dr. Michael Greger of NutritionFacts.org. We’ve gone through the most common concerns when switching to a plant-based vegan diet and have come to those nutrients you find out about during a 3am Google search. Carnitine—often paired or confused with carnosine and creatine—is a quaternary ammonium compound, biosynthesized from the amino acids lysine and methionine.

As far as what it does?—it’s main job is transporting fatty acids from the intermembraneous space in the mitochondria into the mitochondrial matrix during the breakdown of lipids (fats) for the generation of metabolic energy.

Basically, it helps with burning fat for energy.

This sounds like a great thing, right? Apparently so as carnitine supplements abound! (Just watch the video for a striking visual…and a bulldog).

So is carnitine—and for that matter carnosine and creatine—something vegans should be concerned about? Let’s hear from the doctor!

“So there’s a number of nutrients—carnitine, carnosine, taurine, creatine—that are not made by plants, then you say ‘Uh oh! That’s all I eat, what do i do? They’re only made by animals’. Well guess what? You’re an animal, right? And we make it just like the cow makes it that people eat, we make it too, we’re animals too, and so we make all the carnitine we need just like the cow does.

“For example we have a requirement for vitamin C. If we don’t get enough vitamin C, we get scurvy and die, but actually we used to be able to make vitamin C. We actually have the gene to make vitamin c but our bodies basically junked it because there was no need, why? Because we evolved eating plant-heavy diets just like all our other great apes … cousins. And so, all we’re doing is eating vitamin C all day long. Why would we need to make our own? It seems wasteful so we just scrapped it, similar like cats. Cats need taurine in their diet. Why don’t cats make taurine? They get all the taurine from all the mice that they eat. So let the mouse make it and they don’t even have too. So, the fact that we don’t make some of the plant-based nutrients like vitamin C but we do make the animal-based nutrients kind of suggests that maybe we were meant to eat lots of plants. We don’t need to eat animals because we make all these animal-derived [nutrients] typically your kind of amino acid configuration. [tweet this]

“Now having said this, you need to have the enzymes that create these compounds. About one [in] 40,000 births has a hereditary disease [where they cannot produce these compounds]. … So, there are indeed rare cases in which there’s some biochemical abnormality where you have to actually take in supplemental form. But for the 39,999 kids that are born out of 40,000, they make all they need.”

I hope you enjoyed hearing from Dr. Greger on this. at this point I typically tell you that if you want to track your own carnitine, to check out Cronometer. But it actually doesn’t track carnitine because it’s a non-essential nutrient we make ourselves. And as incredibly awesome as Cronometer is at tracking your daily nutrition, fitness and even supplements, it’s not quite good enough to track what’s going on inside your body…yet.

But seriously, it’s a totally free service and pretty awesometastic (I’m running out of adjectives)–so much so that they’re actually sponsoring this video post to get this vital information out to you. Be sure to use this link to go make your free profile. I don’t get any money when you click on it but it lets Cronometer know that I may be someone to work with in the future even though the vegan nutrition concerns series is over. 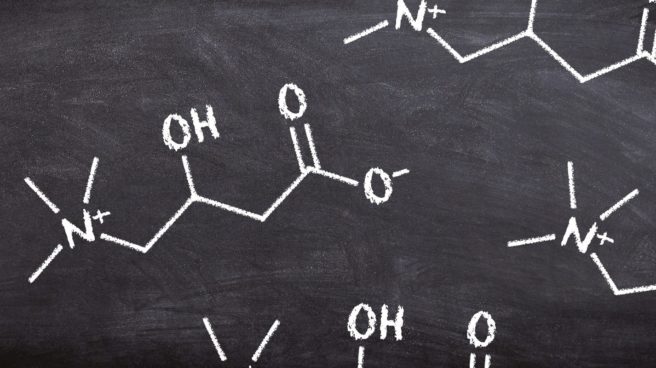