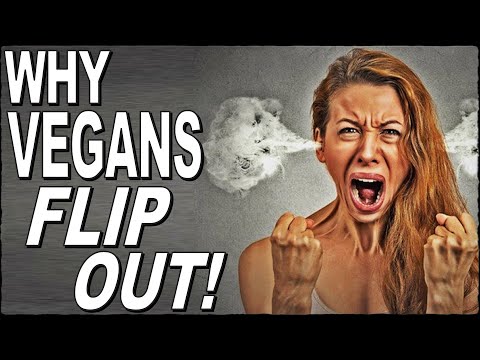 Why do vegans flip out at the slightest provocation? Why are we so sensitive and quick to jump down people’s throats? Why do we have to be so annoying and self-righteous?

Why is it that vegans can sometimes flip out at the slightest provocation? Why are we so sensitive and hostile? Well I’ve addressed this question once before in my video What Vegans See, and today’s video post will be a slightly different take on the subject. Possibly a little less diplomatic.This video is for my non-vegans out there to perhaps better understand why we vegans sometimes react the way we do. [tweet this]

Just a note, you may want to at least watch the intro and outro of the video above to not miss the ridiculous theatrics..

Many people who watch my videos comment on how grounded and calm I am. Well, I can tell you that is certainly not always the case. I’ll give an example how I can lose my cool. And while I cannot presume to speak for all vegans, I think this is one the major sources of vegan freak outs.

The work that I do requires watching hours and hours of gut wrenching footage of humans doing the most brutal, despicable and inexcusable things to animals. Branding cows in the face and searing off their horns. Slicing into the scrotums of cows, pigs, and sheep and ripping out their testicles without anesthetic. People forcing their arms into the rectums and vaginas of dairy cows to impregnate them then taking their babies away as soon as they’re born and seeing the mothers cry for days until they lose their voices. All so humans can have their milk.

Cramming chickens into filthy cages and sheds where they lose their feathers, suffer from massive infections, lameness, blindness, and neurotic behavior. Throwing day old LIVE baby chicks into grinders or sealing them up in garbage bags to suffocate. Anally and genitally electrocuting foxes, mink and raccoons and ripping off their skin while they’re alive just to use their fur as trim on a winter coat. And then tearing the feathers off of fully conscious ducks and geese for down, as if the coat didn’t have enough blood on it.

Cutting off the teeth and tails of baby pigs, notching their ears and castrating them all without anesthetic. Slamming baby pigs into concrete floors for a horrifying and painful death because they aren’t growing fast enough. And, for the most humane treatment of all, lowering pigs into CO2-filled gas chambers to burn from the inside out in an absolutely excruciating death.

In case you think I’m exaggerating or these are isolated incidents of abuse, let me assure you that these are common practices in the animal products industries. I urge you to at least watch this video, which shows the most humane method of killing animals that the industry has to offer.

So after watching all of that, after hearing their screams, their eerily human shrieking, sometimes for 12 or more hours in a row in order to create a video; after watching farm and slaughterhouse workers kick and punch and maliciously shock with electric prods; after seeing some of them relish this abuse and verbally mock and laugh at and spit on these animals; after seeing hundreds of feeling, living, aware, sentient beings fight for their lives and struggle to the very moment their throats are slit and the blood pours from them in waves as they gasp and choke on their own fluids while workers start hacking off their body parts because god forbid you slow down production; after all of that, I look in the comment section, and there it is: “mmm, Bacon.”

Or “being vegan is too hard.”

Or “but lions eat meat”

Or “but plants have feelings”

Or any number of disproved, ungrounded tired responses that people have been offering for thousands of years. Literally thousands.

So maybe, just maybe you can understand why, in that moment, I’m not brimming with patience and compassion for that person.

I always try to give people the benefit of the doubt. While I’ve heard every possible response and excuse, this may be the very first time they’ve asked a question. But after looking into the eyes of living beings being brutalized, torn apart while still alive, having their babies taken from them, sometimes torn directly out of their body cavities, after hearing their last breaths, and knowing, with a sinking heart that they are one of trillions that will die that way this year, it’s hard not to flip out when someone attempts to defend such inexcusable, sadistic and vicious behavior with a pathetically empty justification, asinine utterance, flippant dismissal or aggressive verbal attack.

We vegans are painted to be overly sensitive, to be over-reactive, to be inserting ourselves into your business and telling you how you should live your lives.

Well here. Let’s say all of that is true. Let’s assume we are jumping into everyone’s personal lives. What’s worse? Us telling you how to live your lives or you telling others how they have to die? All so that you can have a sandwich or an omelet or a fur trim on your coat. Things you can still have using non-animal alternatives.

The only thing worse than paying someone to enslave, abuse, rape, torture, mutilate, and murder another being for your pleasure, is to turn around and mock the very life that you so casually destroyed. [tweet this]

Now I know not all non-vegans react this way. But this video is about explaining why vegans flip out. And it’s usually because one too many of these non-vegans have piled on the crap until it reaches a tipping point. Anyone would snap.

If you’re one of those people who throws up objection after objection against veganism. If you think loving bacon is enough reason to keep killing pigs, if you think it’s the circle of life or the way of our ancestry or that animals don’t feel, I have a challenge for you. [tweet this] Go to a slaughterhouse. Look into the eyes of the animals as they wait in fear. Watch them try to escape. Watch as they have the life drained from them. Watch as some of them are hacked apart while they are still breathing and awake. Look them in their eyes as they glaze over and are coated with their blood. Lean in real close. And see if your justifications hold up.

I hope this was a helpful video. Let me know what you thought in the comments. If you found this video effective, help keep the education coming by joining us in the Nugget Army on Patreon or seeing the support page.

Give the video a thumbs up and please share it around far and wide. That’s how the message gets out there. If you’re new here, I’d love to have you as a subscriber. I put out fresh content covering all aspects of veganism every Monday, Wednesday and some Fridays.

Now go live vegan, own your choices, and I’ll see you soon.

Want footage of something I mentioned? Contact me through the form at the bottom of this page. 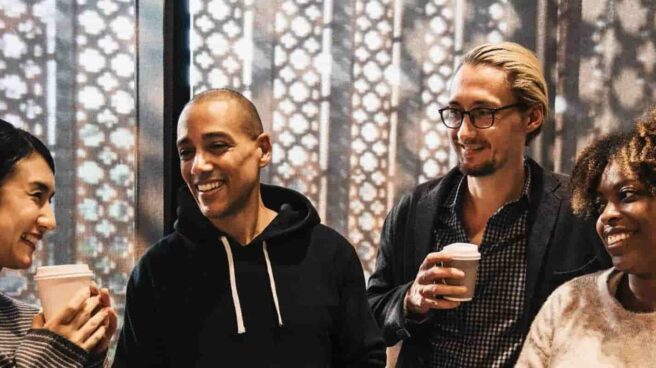