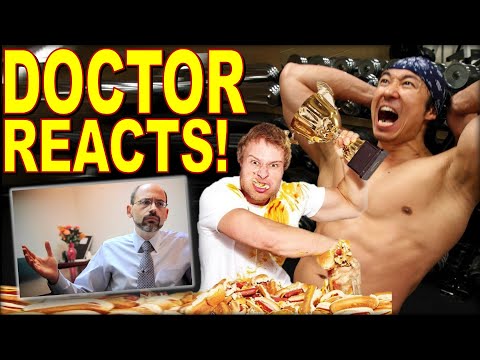 Furious Pete, Six Pack Shortcuts & countless other YouTube fitness channels dole out nutrition advice. How would a medical doctor trained in clinical nutrition react to them? It’s time to find out. In this video, Dr. Michael Greger reacts

YouTube is crammed full of fitness and nutrition advice, but how do you know what’s legitimate and what’s a total crock? Let’s ask a doctor! [tweet this]

For this video I’ve brought in a specialist, Dr, Michael Greger, a physician specializing in clinical nutrition, New York Times bestselling author, internationally recognized speaker on nutrition, food safety, and public health issues, and the creator of the channel and website Nutritionfacts.org.

In fact he’s so dedicated to health that he’s walking on a treadmill this entire video! You can find more of my videos with Dr. Greger below. Now let’s get his reactions! [tweet this] [Note: by nature, this is a visual-based video that’s a bit difficult to fully convey in written form. I’d definitely suggest viewing the video itself above (complete with captions, like all of my videos) but below I am providing a transcript with guiding notes.]

From his video “Nutrition – Simple Guide To Any Body Transformation“

“I wouldn’t be afraid of using a little bit of bacon once and a while. When you’re bulking, obviously you can up it a little bit because you need a lot of fat. The fat actually raises your natural testosterone within your body, which will in turn help you actually build more muscle.”

But a plant-based diet can actually reverse the progression of prostate cancer. So, one could argue it’s kind of the best of both worlds. Where you have these high testosterone levels but you don’t have this high cancer risk.

Anyone who says to eat a steak or eat bacon obviously – I mean look, bacon is a class-1 carcinogen now, right? The IARC, the World Health Organization [say] it’s carcinogenic, it causes cancer. Used to be a probable human carcinogen, now it’s a definite human carcinogen. You gonna feed that to your kids? Right?”

“But what’s actually good for fat loss that’s lean to start off with is, number one: chicken breasts. This is like the staple of fat loss.”

“Okay, well let’s put it to the test. If chicken breast was a staple of fat loss, people who eat a lot of chicken would weigh less, right? Actually the exact opposite [is true]! In fact, I have a video called Chicken Big, I think, where it talks about the single animal product most associated with weight gain over time is chicken. [tweet this]

So, more than steak, more than all these others. Now, why? There’s all sorts of potential reasons and so I kinda go through the list. So, this is obviously someone who just has never looked at the literature. Look, it’s not their fault. Maybe they have no access to the literature. There’s pay walls behind a lot of this, but you could read an abstract. You go to PubMed – it’s very clear. Oh, chicken is associated with obesity, with weight gain over time.

[From his “Chicken Big” video: Chicken consumption was most associated with weight gain in both women and men. And it didn’t take much. When compared to those who didn’t eat any chicken at all, those eating about 20 or more grams of chicken a day had a significantly greater increase in their body mass index. That’s around one chicken nugget or a single chicken breast once every two weeks compared to no chicken at all.]

So, someone who says that, okay, they weren’t born with that knowledge, where did they come up with it? So they’re either parroting somebody else who said it with no basis in evidence, or they just pulled it out of their butt! Or Martians told them, or God told them, or who knows, but it wasn’t the science. Because the science is very clear. And anyone can, we’re using the same database, people. Right, so PubMed.org, National Library of Medicine is the biggest medical library in the world. So they have the largest database of medical science in the world. You go there and do this: put in chicken (space) obesity [enter] and you tell me what you find.”

“Now the final evil food is: Apples! Yes. I know what you’re thinking- my mom said that fruits are good for you. Well yes, but that’s not always true. Now a small apple contains about 20 grams of sugar. And so does this. So a pack of two large Reese’s peanut butter cups has about the same amount of sugar as a small apple. Now I know people who eat a few apples a day thinking it’s a healthy thin to do and that it’s going to help them lose belly fat. But the truth is that you’re just filling your belly up with the same amount of sugar as a few packs of Reese’s peanut butter cups. That won’t get you a six pack at all.”

“Ha! That’s funny! Sounds like he works for the sugar industry. I mean, it’s just like, if that was true, people who eat lots of apples should have cavities, fatty liver disease, hypertension, all the things associated with sugar consumption. Guess what, no – not true. In fact, the opposite, apple consumption is associated with lower cancer risk, on down the list, I mean, like do these people even think? It’s the kind of thing where it’s like you say something shocking and you get more YouTube hits. Whereas Time, when it says “Eat More Butter” on their cover sells a lot of magazines but sells the public short. The number one killer (dietary risk factor) in the world: not eating enough fruit.”[tweet this]

“Our ingredient list we’re going to be using is about 100 grams of just regular deli ham, chopped up. The next ingredient we’re going to use is just ½ cup of old fashioned oats. And there we’re also going to be using a ¼ cup of fat free shredded cheese. And finally our last ingredient that we will be using today are just three whole eggs. You really don’t need to eat anything else with this, depending on your diet and what you’re trying to do, it’s a fairly well-balanced meal.”

“Well, the oatmeal’s good. If by well-balanced they mean there’s good stuff and then horrible stuff, then it’s true. They have oatmeal, which is good, and everything else is horrible. Okay, there you go, you’re balanced now, but wouldn’t you just want to eat more of the healthy stuff, right?

Now, but look, there’s lots of reasons people eat. Health is only one of them, right. Some people think bacon tastes better than oatmeal and ham and omelets. As a physician, what more can I do? You like smoking? Smoke all the hell you want! But, I can tell you as a physician, you come to me I’m going to tell you people in your situation who tend to continue to smoke suffer these consequences. People in your situation that stop smoking tend to have these benefits. You want to eat ham? Eat ham! But these are the predictable consequences of your actions. What more can I do?”

I hope you enjoyed watch a medical doctor react to YouTube fitness nutrition advice! If you want to see how medical doctors can be just as careless with their nutrition counseling, check out this video here. Find more information on nutrition, the Great Egg Conspiracy, and more Dr. Greger videos linked below!

If you liked this video, do give it a thumbs up and share it around to entertain and inform.  If you’re new here, I’d love to have you as a subscriber. I put out fresh content covering all aspects of veganism every Monday, Wednesday and some Fridays. To help support Bite Size Vegan’s educational efforts, please see the support page or join us in the Nugget Army on Patreon.

Now go live vegan, get your nutrition straight, and I’ll see you soon. 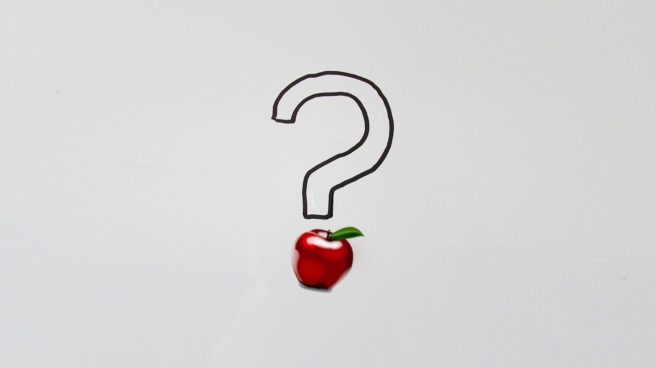