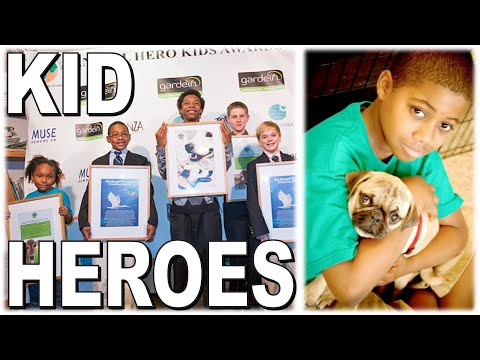 Meet incredible kid heroes in the truest sense of the word and the woman who has made it her mission to recognize their heroism. With all that’s wrong with our world, it’s all the more vital to reward courage, compassion, and leadership in our youth.

With all that’s wrong with our world, it’s easy to lose hope. But that’s exactly why it’s all the more vital to recognize and reward courage, compassion, and real acts of heroism. The stories you’ll hear today are of real kids making a real difference for the animals, the planet, and each other. They are heroes in the truest sense of the word. [tweet this]

In my series for kids, I have a video all about how kids are total superheroes. Today I want to introduce you to some of these heroes and the woman who has made it her mission to recognize their heroism and as well as educate future kid heroes.  To meet Susan Hargreaves of Animal Hero Kids and some amazing kid heroes, be sure to check out the video above, but here are some choice nuggets:

“The reason that I started Animal Hero Kids is because I was a nine-year-old child taken into a chicken hatchery. And what I saw there was so shocking that I still remember it very clearly today many, many years later.  And I looked to the adults in the room that were working the conveyor belts, killing, gassing and suffocating the male chicks as soon as they were hatched. And no one could explain to me why they were killing the chicks. And I felt I was the only person in the world that felt that way. And now I get the honor to help kids help animals.”

Susan founded Animal Hero Kids to recognize the heroic acts of kids all over the world helping animals as well as educate future animal hero kids by going into schools.

“We reach about thirty thousand students each year with presentations about helping all animals. And whenever possible after out Be An Animal Hero presentation, the kids make their own vegan hero sandwiches with ingredients we get at the neighborhood grocery store. And then we’ll give Tofurkey coupons, Gardein coupons to take home to their parents.”

Animal Hero Kids has a wide array of awards, including those for kids helping companion animals like dogs and cats, farmed animals like cows, pigs, and chickens, wild animals like foxes, tigers, and bears, captive animals like orca whales, dolphins, and seals, and more.

“The first award was a fifth grader in Fort Lauderdale. Sydale Clark who is on his way to school and he saw a morning dove that was bleeding. His friends said, ‘who cares Sydale?’ But Sydale knew what to do. I had done an assembly presentation the week before in his school and he helped that bird. But what I think helped was that we affirm their natural kindness. So a person knows in their conscience, ‘I have to help this animal in my path,’ but then other people might convince them that it’s not important.

Another one of our categories of orders is the Russell Simmons Creative Animal Hero Kids Awards. The first person who won that was actually a girl in China who wrote a song called ‘This Ache’ from the point of view of an elephant and speaking to her baby and also to the poacher that kills her in the song.”

These awards are more than simply giving a child recognition. Susan speaks to the wider impact they can have.

“A lot of times I go to the schools in the so-called poor areas, otherwise known as Title One schools. It was in that neighborhood, Liberty City, where seven kids were playing on a Sunday night and they saw a man chasing and beating a puppy. And then the man stuffed the puppy down the sewer grate.

And they went to trusted adult in the neighborhood otherwise known as “The Dog Lady.” The Dog Lady and one of the boys, Khareem, went down into the sewer grate and got this puppy that was in shock, that was so badly injured that a leg had to be amputated.

There were two schools in that neighborhood a middle school and an elementary school. I went to both schools and gave them awards in front of the whole schools. And it was covered by the Miami Herald and all the media was there because there was a three legged dog. It had everything. It was a beautiful story with a happy ending.

On the same page where the Miami Herald had the story of Winnie with all the kids who had rescued and were holding their awards was a story beside of thirteen year old who had shot another thirteen year old over a drug field in that same neighborhood. So you can’t tell me that the thirteen year olds who were acclaimed in front of their whole school for being kind and doing the right thing–that that’s not their re-affirmation of kindness and doing the right thing and that’s not going to help them. And then help others that they’re in contact with for the rest of their lives.” [tweet this]

Susan tells another story of animal rescue by two brave girls, Evan and Nathalie of Hollywood, FL. They were playing and heard gunshots. The girls found a bleeding Quaker parakeet and saw a man shooting the birds from his front porch. They scooped up the injured bird and went to one of their parents to call the police.

“The police came. The man was still shooting the birds from his front porch. He was caught red handed. He admitted to wanting to purposely cause the birds suffering. And he was charged with felony animal cruelty.

Well one of the girls was actually much taller than everyone else in her school because she was kept back. She was kept back two years. And everybody teased her at that school. I gave an award to the two the two girls. The day after I went and gave her that award in front of her peers, the teasing stopped. So it’s the circle of compassion. That sounds a little trite or maybe overused, “The Circle of Compassion,” but that in fact is what happens when someone is kind to one being, then they’re kind to another. And that’s exactly the goal of Animal Hero Kids.”

If you want to learn more about Animal Hero Kids, visit their website at AnimalHeroKids.org where you can even contact Susan to speak at your school if you’re in the Miami area.

The book Animal Hero Kids: Voices for the Voiceless contains so many moving stories of animal hero kids from around the world helping every kind of animal. It also book also includes fun and education activity ideas for teaching kids about the value of kindness to animals, and tasty vegan recipes from animal hero kids!  Susan urges anyone to call their local library and ask that they carry a copy.

“Animal Hero Kids that are documented in this book–hundreds of them all around the world helping all species of animals–proves to the reader that hey this is an eight year old who banned electroshock prods being used on elephants in the circus. This is thirteen year old that created a video about trapping and made a company really look at what they’re doing to harm animals.

So when the example of other kids or young teens helping animals successfully–if this seven year old can do it then why can’t I?”

Stay tuned to the channel to meet four of these incredible heroes and hear about their amazing work and dedication in the coming weeks. We’ll hear from Dominic, co-president of Animal Hero Kids and passionate animal activist, specializing in aquatic animals imprisoned in so-called “amusement parks”; Genesis, co-president of Animal Hero Kids California, who turned her entire family vegan when she started asking where her food came from around the age of four; Thomas Ponce, who at twelve years old founded his own lobbying organization for animal rights and is a powerful force to be reckoned with; and Haile, who traveled the country at ten years old educating kids about healthy eating, helped cure her father’s diabetes through her entire family going vegan, and now runs her own non-profit organization and is kind of BFF’s with First lady Michelle Obama. Each of them will have their own dedicated video to tell you all about their incredible work!

These kids and all of those within the Animal Hero Kids book will astound you with their compassion and dedication to the animals. If you’re a kid, never believe for a second that you can’t accomplish amazing things and make a huge impact on the world.[tweet this] If you’re an adult, never underestimate the courage, wisdom, compassion, and ability of kids.[tweet this]

If you liked this video, give it a big thumbs up and share it around to show what kids can do! 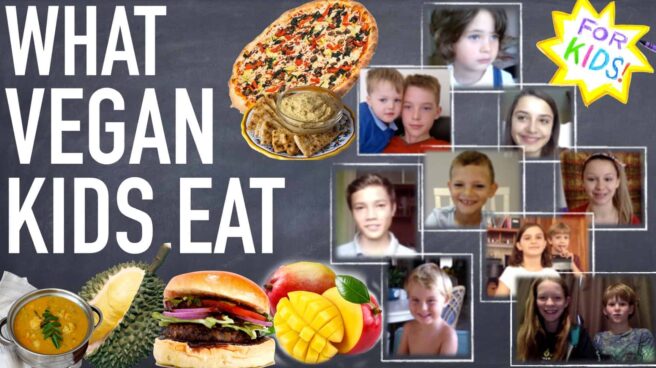 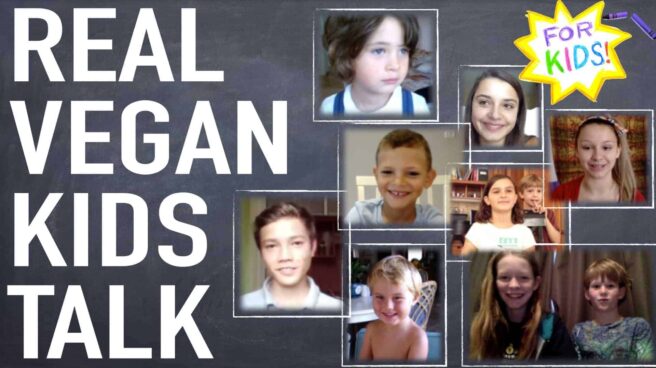 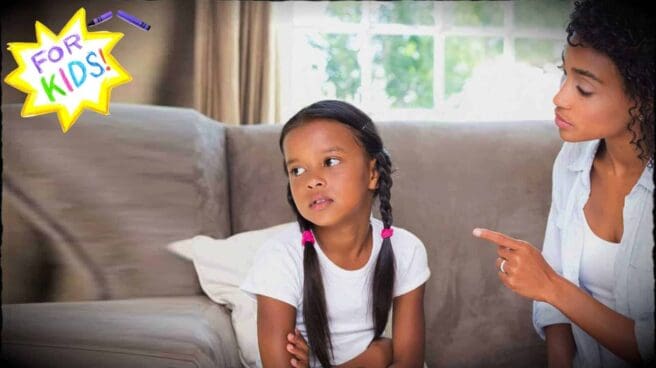