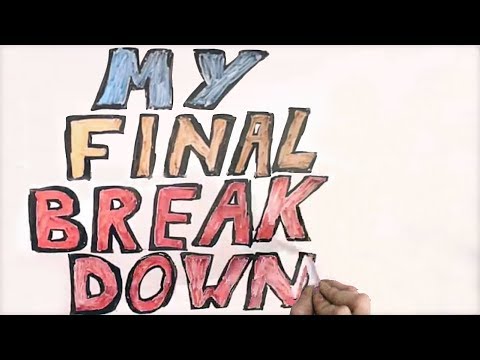 It’s time now. I have nothing left to give. I’m empty and ruined. This is my story. My beginning and my end. This is my final breakdown. Please watch. Please listen. Please hear me. I’m not the only one.

What follows is a straight transcription of the story told in this video. Please watch/listen for the full effect and find additional information including undercover footage in the afterward.

My end began at my beginning. I was born already unraveling.

Losing bits and pieces from day one. Parts of me I didn’t know I had till they were taken.

My value measured by production.

My worth measured by profit.

My life measured by function.

This was all inevitable.

All machines break down eventually.

And what am I, but a machine?

There’s air. And noise. A humming. Low and deep. I feel it in my spine.

I hear my sisters around me. I feel their heat. We’re tight against each other. No room to breathe.

There’s never been room to breathe.

In the beginning everything was new. We were wide-eyed and curious. Excited and panicked.

Then came the alterations. The cuts. The burns. The clipping.

The Controllers making us fit to serve.

We were thrown behind the wires. So many of us together. We learned to measure our movements, our breathing. We dared not open our wings.

Everything jerks and I’m brought back. Back to the humming. One of my sisters cries out. Sharp, but weak.

I remember the first time it happened. A feeling strange and brand new yet somehow expected. It was happening to all of us.

I wanted more space. My own space. We all did.

And then they came. Perfect little orbs. At once foreign and familiar. And ours. From our bodies.

I wanted to hold onto my creation. Protect it. Keep it somewhere safe.

As if there were such a place.

But I lost it. My little orb. The first thing that was ever mine. It fell into the pit with the others. The Controllers took them away.

Another part of us gone.

There’s a loud noise in the darkness. It drowns out the hum then it’s gone. Air rushes over us. My bare stomach is cold but the rest of me burns from my sisters’ closeness.

It gets light and then dark and then light again.

From blinding to blackness and back. My eyes can’t keep up.

I think back to the endless days. When the lights never left. We could never say how long. But it seemed a lifetime.

When the lights stayed, the food left. And the orbs stopped. The Controllers called it our time to rest. Our time to regenerate.

It was our time to starve.

I’d lost count of my orbs by then. Dreaded feeling their formation within me. I was so tired. We all were. Our bodies strained to make more and more and more.

Eventually we picked at each other, desperate to stop the hunger. We lost our feathers. We got smaller and smaller.

But there still wasn’t enough room.

Cramped wings. Broken feet. Bent legs. Unable to tell where one of us stopped and the other began.

Those of us who survived the resting grew back our feathers. The others never grew again.

The Controllers took some of them away. Others were left for us to walk on.

Our own sisters’ bodies beneath us.

And it started all over again.

Our own bodies betraying themselves to keep up.

The hum is changing. It’s gotten lower and stronger. The air has stopped and the light is steady. We’re not moving. My sister closest to me has stopped breathing. My left side is against her. And I’m no longer hot.

I’m concentrating on breathing. My chest is so heavy I have to will its expansion. I want to turn over. But all I can do is breathe.

Wait to lose the next part of me.

Breathing was always hard behind the wires. Stale air and no room.

Some of us went mad. Pacing, pecking, screaming, flailing.

We were all of us mad.

There’s movement. And light. I hear Controllers. Things are shifting. Then it happens. They’re here. Reaching in and snatching us one by one. A Controller grabs me and everything hurts.

I remember back to the brand new time. The wide-eyed time. The first time we saw them. The Controllers snatched us then too. My sisters and I passed by. And our brothers were tossed into shiny pits.

We never saw them again.

Then grabbed again. The Controllers taking our wings, our beaks, our toes. Beginning our unraveling.

The start of our breakdown.

I think I’m upside down. Or am I still on my back? My feet are above me but this feels different. Something is holding my legs. Hard and tight.

I don’t see the water until I’m in it. Everything burns.

We’re pulled out and some of my sisters are still. Others are moving strangely.

My wings stretch out on their own. I’ve never known such movement. Amazing how far I can reach.

And then humming. It’s much higher this time, the humming.

The blood of my sister before me.

The end of my beginning. My final breakdown.

This is the story of a layer hen. This is where your eggs come from. This is not an isolated incident. For more information on the egg industry, including the practice of forced molting via starvation and light manipulation as well as the grinding up, suffocation, and gassing of live male chicks, please see the information below.

Though their violent-sounding name is derived from their resemblance to the cells in a battery, the abusive connotation of the term is even more apt. Battery cages are tiny wire enclosures stacked atop one another where layer hens in the egg industry each have less room than a sheet of paper.

In the United States, hens are currently allowed 67 to 86 in2 (430 to 560 cm2),1 with up to 90% of egg industry chickens housed in this manner.2 With the extreme limitations in space, hens in the egg industry are unable to stretch their wings or even turn around comfortably.3 These cramped conditions and limited movement lead to muscle weakness, brittle bones, and the rampant spread of disease.4

These inquisitive and intelligent beings are driven made by the cruel confinement and manipulation of their cycles.5

The Rise of Cage-Free

While cage-free eggs are on the rise,6 such facilities are of little comfort to the hens themselves,7 with nearly two times the mortality rates.8 Instead of cramped cages, these hens live in cramped sheds, usually without access to the outdoors. For many farmers, the expense of shifting from battery-cage operations is itself a prohibitive factor.9

The Council of the European Union set a directive in 1999 that banned all “barren battery cages” to be replaced by “colony” cages, by 2012.10

In 2012, France, and eight other countries, including Portugal, told the European Commission that their farmers will not be ready to fully implement the new rules. Another four countries, said they were unlikely to be ready.11

The new regulations allow 750 cm2 cage area per hen compared to 550 cm2 in conventional battery cages.12 They had over 12 years to add 200 square centimeters.

Hens are either sent to slaughter when they can no longer produce eggs (generally around 17 to 18 months of age), or they are “recharged” through what’s called “induced molting.”13

Induced (forced) molting is a practice wherein farmers remove the hens’ food (and sometimes water, though this increasingly less common) for a number of weeks. The hens lose weight and shed their feathers, allowing their reproductive tracts to “refresh” so they can pump out another round of eggs.14 Some flocks are cycled multiple times before finally being slaughtered.15

The hens—literally starving—begin to peck at one another and eat the filthy feathers from their cages, leading to the rapid spread of salmonella.16

While forced molting is banned in some countries,17 this simply means the hens are slaughtered after they are no longer profitable.18

Farmers also use light manipulation, exposing hens to a week or more without darkness before switching to only short periods of light, all in an effort to manipulate their cycles and up production.

Chickens in the egg industry, like in the meat industry, have their sensitive beaks cut off, their wings trimmed, and sometimes their entire toes are clipped.19 They receive no anesthesia.

The Lost Brothers of the Egg Industry

Males can’t lay eggs, so they’re of no use to the egg industry. To “dispose of”—as they say—these baby chicks, they are either painfully gassed, slowly suffocated in plastic bags, or they are ground up alive.

This is common practice in the industry (including the European Union, which specifies maceration, meaning the live grinding, as the method of dispatching of chicks). Again see the talk here or posted above for more information.

The life of layer hens are brief, abusive, insanity-inducing, and utterly heartbreaking. They are viewed and treated as machines. Their value lies only in their production. They are robbed of their individuality, their sanity, their rights, and their lives.

Now is the time to speak up. The time is ripe for change.

See through the eyes of other animals in the Draw My Life series.

You can share this post via the share links at the base of the post and/or with these pre-made tweets: My Final Breakdown | Where Your Eggs Come From | From A Hen’s POV | The Other Side of Eggs

Now go live vegan, see her as someONE not someTHING, and I’ll see you soon. 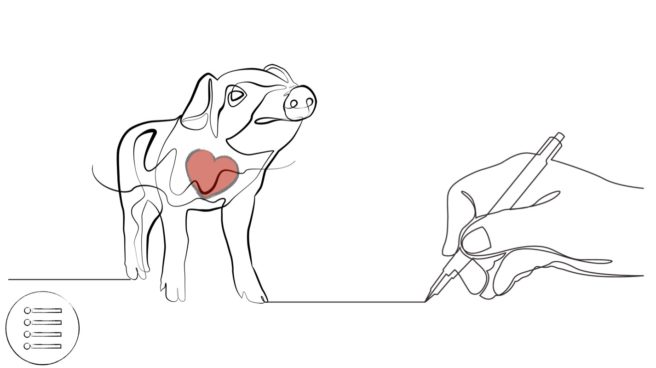 Draw My Life: Through the Eyes of the Animals 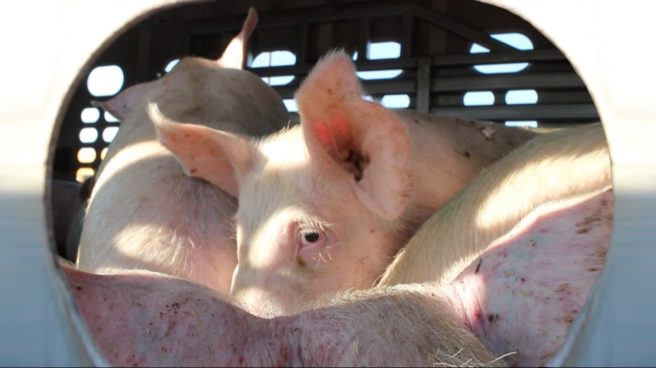 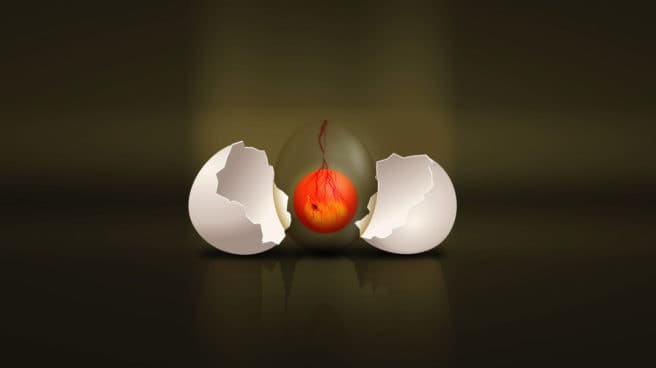