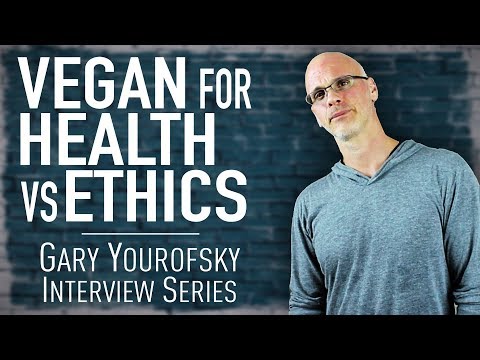 Want your presents to reflect your ethics? Want to make your holiday shopping quick, easy, and 100% vegan? How about 10% off all your purchases? Not sure where to get guaranteed vegan gifts at a decent price?

There are honestly countless reasons to go vegan: ethics and morality, environmental impact, societal impact, specifically world hunger, and personal health and appearance, to name a few.  Yet not everyone who goes vegan stays vegan.  Do some of these reasons have less “sticking power” than others?  Are your health and appearance enough motivation to keep you vegan? Or does it need to go a bit deeper?  Hear vegan activist Gary Yourofsky’s take on this in this installation of the Gary Yourofsky interview series.

To hear Gary’s full answer, be sure to watch the video, but here are select nuggets:

“[Health] is a selfish reason to be vegan.  I’m always honest, I don’t pull punches. Veganism is about altruism—doing something kind for somebody else. When I’m teaching, I’m teaching people to be unselfish—to think about the cows who have their babies stolen from them in the dairy industry, who are raped every year; think about the baby pigs having their teeth cut off; think about the animals’ health—don’t think about your own health.”

So is going vegan for health a horrible thing?  No. Gary goes on to say:

the problem arises with what will keep you vegan:

“My concern is the people who do this for health reasons are the ones that don’t stay vegan or the ones that end up cheating. I’m an ethical vegan for 18 plus years.  I don’t cheat being vegan like I don’t go out on Tuesdays and molest kids and rape women, okay?  It’s evil and unethical to me so I would never cheat.  But the health-based vegans—hey listen, if you’re 6 days a week vegan and on day 7 if you want a double-cheese pepperoni pizza, I doubt it will do much health-wise. It probably won’t bother your health, but ethically speaking, when it comes to the double-cheese pepperoni pizza you’ve committed a crime, you’ve now viewed animals as your commodities, you’ve now taken someone else’s life for you own pleasure and that is unjust and that’s what I wanna teach people.”

I personally agree with Gary on this. When people go vegan solely for health it’s often not enough on it’s own to keep them vegan. Going vegan for health is not a bad thing by any means.  As Gary said, it’s not what brings you to veganism that’s important–it’s what keeps you here.  Fortunately there are people who come to veganism for health reasons and stay long enough for the ethical aspects to sink in–and it’s that conviction that keeps them vegan.  It’s the difference between being on a vegan diet and being vegan.

A vegan diet is something you can go on and off of.  But being vegan is a lifestyle.  It’s an ethical foundation.  If you fall off the vegan health wagon you may feel bad for ruining your diet or gaining a couple pounds.  But the real ethical impact of returning to animal products is what will solidify your commitment to being vegan–the fact that those products are literally the pain, suffering and lives of other beings.  They’re not “cheat food” or “one time treats.”  They are processed and packaged abject misery.

If you are going to fall of the health wagon, there’s plenty of “cheat food” that is vegan.  You can eat the most decadent, sinful food you desire on a vegan diet.  Just check out this video for some epic options.  The point is, you don’t have to deprive others of their lives in order to not feel deprived in your diet.

So if you want to go vegan to look good and have a flat tummy, more power to you–the animals don’t care if your motivation for not eating them is to have a cute butt.  But, in order to stay vegan, you might have to dig a little deeper.  And hopefully during your cute-butt quest, you’ll make that connection and stay vegan for life.

I’d love to hear your thoughts on this issue.  If you’re vegan, is your reason for staying vegan different than your initial reason for going vegan?  If you’re not vegan, what reason would motivate you the most to make a transition?  Do you think being vegan for health alone can be a lifetime commitment? let me know in the comments! 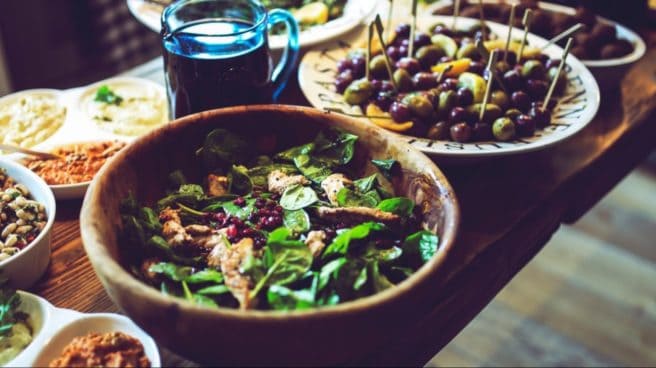