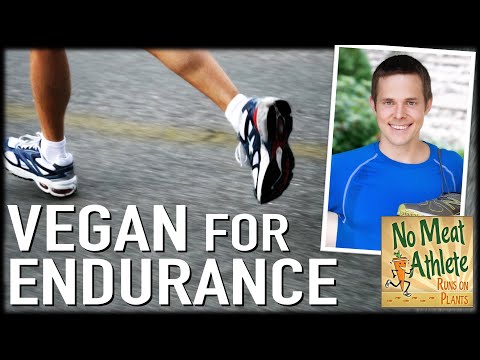 When it comes to marathon, ultramarathons, and similar endurance sports, what you eat is absolutely key. When it come to endurance running in the plant-eating community, No Meat Athlete is a familiar name and go-to resource.

When training for or competing in endurance sports, what you eat often matters more then how you train. Matt Frazier is the founder of the virally popular blog No Meat Athlete, which he founded in 2009 at about the same time he went vegetarian. He’s also the author of the book, No Meat Athlete: Run on Plants and Discover Your Fittest, Fastest, Happiest Self. So with all this personal expertise in endurance sports and the experience of many a vegan athlete to grace his blog and podcast, I thought Matt would be the perfect person to ask how to eat vegan for endurance.

Be sure to watch the video for Matt’s full answer but here are some choice nuggets:

The dietary journey for me began about 6 years ago. I didn’t even know what vegan was but I ethically felt this urge to become vegetarian. That happened to be near the end of another journey I was on, which was the journey to qualify for the Boston marathon. I had not been a runner, I hated it as a kid but kind of picked it up on a whim in college with some friends. And I tried, it didn’t go too terribly well. It took me almost 5 hours but I got really hooked on the idea of qualifying for Boston. Because that was my initial goal, and I missed it by 100 minutes in that first marathon because it took a 3 hour and 10 minute marathon to get into Boston. but I just thought “I have to do this,” so I started working on it. spent 6 years, Like I said, doing that and right around the time I kind of plateaued, and started to think ‘this might not happen.

I was 10 minutes away from getting to Boston and at that point, 10 minutes seemed like an eternity to me because I had taken off so much time, and felt like I was at the peak of my potential. So, I said “you know, I think I might not get there. I’m just gonna eat the way I think I should be eating.” And within 6 months of making that dietary change, just the vegetarian, not yet vegan, I drove the last 10 minutes off my marathon, and qualified for Boston.

[T]hen I had started my blog, No Meat Athlete, right when I went vegetarian to document the experiment really, and just write about how it was. But in the process a lot of people got into it, and I turned up, and met a lot of people who were already doing this sort of thing who were…they were already vegan athletes that I didn’t really know about. So, as I learned more about what they were doing, and being exposed more to the ethical side of why go vegan, and not just vegetarian.

I gradually made that transition, then about 4 years ago said “no more dairy” and that was really it. So, since then I’ve gotten into ultra running and done a couple of 50 milers, and a 100 miler, and more recently I’ve gone back towards marathon training, and I’m thinking about trying to run a fast marathon again. [tweet this]

On how to eat vegan for endurance training:

Matt says there are many ways to eat a vegan diet for endurance training:

So within vegan even, I think you can do a lot of different things. So, it’s really not that different from, you know, if you open up a vegan cookbook just off the shelf from a bookstore and look at the recipes, they’re probably pretty well-suited. they probably fit those ratios pretty closely because a little lower in protein than a typical American diet and somewhat lower in fat usually, and high in carbohydrate.

The key of course is to make sure that those carbohydrate are quality carbohydrates. And it’s okay to have some simple. It’s okay to have some sugars in there, particularly fruits, whole fruits. Around workouts is a great time to even get the simpler, more processed sugars. Like immediately after a workout is when I’ll drink some fruit juice. Or even something like a white rice, or something starchy because you want that carbohydrate to get immediately into your bloodstream and help you recover from the workout. So, it’s a lot of carbohydrates but really nothing that out of the ordinary from where I think most vegans eat.

On why he got faster on a plant-based diet:

The reason i got faster when I first went vegetarian, I don’t think it was that I eliminated the animal products from my diet. I think it was more that I was totally ignoring fruits and vegetables. like I had known the carbohydrate, protein, fat ratios and I made sure that I hit those because I was really careful about nutrition.

But I was leaving the vegetables, and the fruits, and like these living foods off the plate. I was eating chicken breasts and brown rice and that was it most times. So, once I brought in all these fresh, you know, this whole fruits and vegetables, all the different micronutrients in those. So, I make sure to keep that stuff really high in my diet even though it’s hard to measure that. You don’t see that when you look at nutrition facts. You don’t see all that stuff but it’s really important. I think it’s crucial for recoveries so that’s a big part of my diet.” [tweet this]

On the benefits of a vegan diet for endurance athletes:

If you talked to any pro vegan athlete or an elite vegan athlete who chooses this diet because of what it does for the performance reasons, they will say “they do it because of the recovery.” They say they can recover faster and as a result get more workouts in, in a given week than the competition can.

And what that means is less injuries because if you’re showing up for the workout when you’re not fully recovered then you’re kind of asking for injury as that lack of recovery accumulates workout after workout. Soon enough, your body is going to break down and something is gonna go wrong.

So, that’s been the major thing for me is since I’ve started eating this way, particularly since I’ve started eating vegan, I had almost no injuries whatsoever. When I tried to do 2 marathons within 3 months before I would get injured, but when I did my 100 mile a couple of summers ago—the 100 mile of course was the final thing, but a month before that, I had to do a 50 mile, and a couple of weeks before that, I had to do a 30 mile. That amount of running would have been unthinkable for me before. A large part of that has to do with the diet. [tweet this]

I hope you enjoyed hearing from Matt on eating vegan for endurance. This video was sponsored in part by Cronometer where you can track your fitness and nutrition to ensure optimal athletic performance whether busting out ultramarathons like Matt or lifting heavy. Use the link here or below to make your own free profile.

I’d love to hear your thoughts on Matt’s advice and experience. Are you an avid runner? Or are you disaster like myself? (be sure to watch the video for that.) Let me know in the comments! 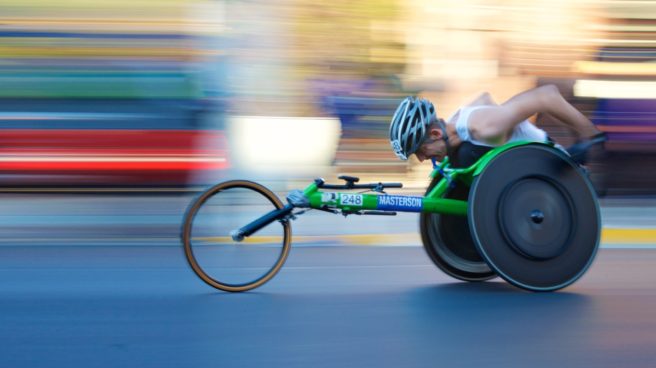 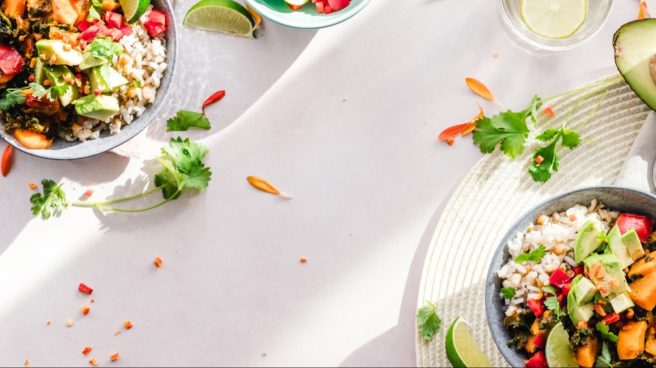