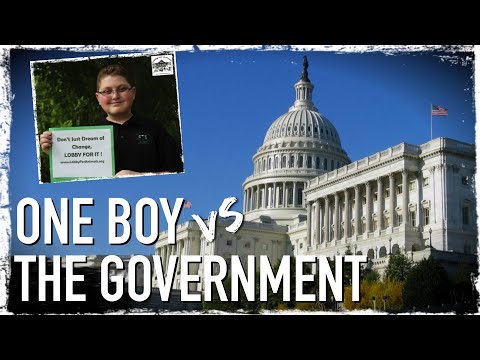 Thomas Ponce is no ordinary teenager. By the age of 12, he had formed his own lobbying organization and was active in local government, meeting with congressmen and officials and providing a voice for the animals.

Most 12-year-old kids go to school, come home, maybe play video games or an after-school sport, go to the movies with their friends and work on homework. And then there’s Thomas Ponce, who, by the age of 12 had formed his own lobbying organization and was active in local government, meeting with congressmen and officials and providing a voice for the animals. With corporations and the animal products industry having some of the loudest lobbyist around, Thomas is working to level the playing field and ensure that the animals are heard. Having started his path to animal activism at the age of 4 years old, Thomas is no ordinary kid. He’s a veritable force to be reckoned with. [tweet this]

I’m so excited and honored to introduce you to Thomas Ponce. Thomas has received countless awards and accolades including FARM’s National Animal Rights Young Activist Award for 2013 and The Animal Hero Kids ‘Kind to All’ Award, earning him a feature in the book Animal Hero Kids: Voices for the Voiceless, PETA’s Compassionate Kid Award when we was eleven, and oh yeah, no less than TWO awards from the President. [on link, scroll down to “Honors & Awards”]

Thomas is the second Animal Hero Kid I’ve interviewed with serious Whitehouse connections. [here’s the first]  Pretty soon it’ll be time for me to assume the title of Vegan Commander In Chief!

Thomas received a grant from the Pollination Project to make his lobbying organization, Lobby for Animals, a reality. Never one to stop there, Thomas is now a member of their grant advisory board for environmental and animal rights related grants. Most recently, Thomas just had an article published in AV Magazine of the American Anti-Vivisection society.[pg 17]

Thomas just turned 15 and remains passionate about the importance of young people getting involved in activism.  I really urge you to listen to his words. This is one incredibly bright young man.

[watch the video to hear all Thomas has to share, but here are some choice nuggets!]

On the importance of getting active:

“I think it’s important for young people to get involved in their communities. It’s we that are growing up in this world and we need to get active and involved.  And we can’t expect things to get better if we don’t try to change them.

You know, if we address issues in our communities and the world we live in, it’s each of our personal responsibilities to do so.  If you see something wrong that is happening, speak up, question, don’t just go with the flow because it’s been the same thing for a long period of time, you know because it’s a tradition.

If we listen to our heart, if we listen to our brain, then we can do right all the time, we can make a difference.  If we get involved with our communities, that’s one of the best ways to do so.  Finding something you’re passionate about, Googling it, researching it.  Doing whatever you can to get the most information about that subject then act with that information.  Knowledge is the most power you can have in this world, and when you use it correctly you can make a huge difference.” [tweet this]

On how he got started in his activism:

“I got started in my activism when I was about 4 years old.  Throughout this time I’ve always had a love and respect for animals.  That love that I had turned to activism when I made the connection of where our food comes from and the horrors that animals have to go through every day in order for that to happen.

Once I had that realization, the turning point to become vegetarian was a very simple decision.  As I got older, and as I learned more, I learned that just because I wasn’t eating meat didn’t mean that I wasn’t still contributing.  So, I decided to become vegan, which would completely cut that off.

Throughout that entire time, I had been attending protests, I’d been signing petitions, I’d basically been doing anything to spread the word of animal rights, and I was determined to open people’s eyes to the idea of animal rights.”

On how he found his way to the legal side of animal rights:

“When I heard about FARM’s national animal rights conference, I said, “that is something I need to go to.”  So, I was in Washington, DC, it was great, fantastic.  I met an attorney there and she talked to me about lobbying.  It was like a light bulb went off in my head, and when I got home I started researching more about lobbying.  And I actually took a class through the Humane Society about lobbying and from there on out, I’ve been hooked.  And that’s when I decided to create Lobby for Animals.  Basically my purpose with that is to give people the tools necessary to succeed in the lobbying field.”

On what “lobbying” is:

“Lobbying is basically talking to your legislators it’s, whenever you want to make a change in law.  Let’s say there’s a bill that will completely stop animals in entertainment.  There will be no more animals in entertainment from then on.  You can talk to your legislators, you can call them, email them, write them letters, and schedule a conference with them.  And you can let them know your position on this.  Because they’re our legislators, they’re here to listen to us, it’s their job.  And if we don’t let them know how we feel, if we don’t let them know what we want to see in office, then they have no way of doing their job correctly.”

On why he chose lobbying for his mission:

On what victories he’s had in his time lobbying for the animals:

“A lot of the victories that I’ve had, I wouldn’t even call them victories, it’s more like small wins.  Whenever I see people who actually get it – let’s say I schedule an appointment to talk to a congressman, and I’m talking to them and I know that they’re actually starting to think a different way, or that I’ve at least opened their eyes up to thinking a different way, then that’s a personal victory.  Let’s say they’re for a bill that’s for vivisection, and then I talk to them, and then they change their mind and they flip that stance, that’s a personal victory, in my opinion.”

During our interview, Thomas and I discussed the power kids and young people have in affecting change. And how they’re often underestimated in their abilities and what they can handle. As you’ll see, Thomas proves his own point beautifully:

“As I’ve said before, we do not give kids enough credit.  They have the most creativity, they have the best ideas that you can ever see.  As you said, adults have this preconception that, you know, this person’s 6, 7, 10, 11, they are not ready to see this type of information, they’re not ready to see what’s out in the world.  They definitely are.  If they’re passionate about something, don’t stifle it and don’t assume because they’re kids they can’t understand it and they can’t handle it.  Because there are a lot of kids out there that can definitely comprehend this stuff.

We need to allow our kids to go into the field that they’re interested in, to be passionate about what they want to be passionate about.  Let them research about it, let them learn about it, let them be interested in what they care about.  If we instill the idea of compassion, then they’ll carry that on with them throughout their lives, they’ll carry that on to their children.”

I want to leave you with part of Thomas’ acceptance speech when he received the Animal Hero Kids Kind to All Award. Mind you he was 12 years old when he gave this:

“Each time you make the choice of what to eat or wear, which products to buy, whether to attend a circus or marine park, and which companies you choose to support, you have to realize that your decisions affect more tan just you. Remember that there are other lives at stake, the lives of animals, and one life should not be held more valuable than another. Just because you are not committing the act yourself, doesn’t mean it’s not happening or that you are not contributing to it. [tweet this] As a consumer, if you are not making ethical, cruelty-free choices, you are still fueling the demand. If you do not speak up, buy differently and demand that things be changed, you are contributing to the problem.

It takes proactive people to bring about change. People who will take the time to learn about ways in which they can get involved and make a difference for the animals, as well as the world we live in. The information and resources are out there for whoever wants to learn. I am a firm believer that knowledge is definitely power and when you speak with knowledge and from your heart, people will listen, regardless of your age.” [tweet this]

One way to get started is to visit Thomas’ website where you can find guidance in getting active and contacting your legislators. Thomas welcome emails and is always ready to help. You can also connect with him on Facebook.

I hope you enjoyed hearing Thomas’ story. I’m totally blown away by his activism and all of the young people I’ve had the pleasure of working with in this Animal Hero Kids series and my kids interview series. Never think that your age or anything about you can hold you back.

If you were inspired by Thomas, do give the video a thumbs up and share it around to help show what kids can accomplish! If you’re new here, I’d love to have you as a subscriber.  I put out fresh content covering all aspects of veganism every Monday, Wednesday and some Fridays.  To help support Bite Size Vegan’s educational efforts, please see the support page or join us in the Nugget Army on Patreon!

Now go live vegan, lobby for the animals, and I’ll see you soon. 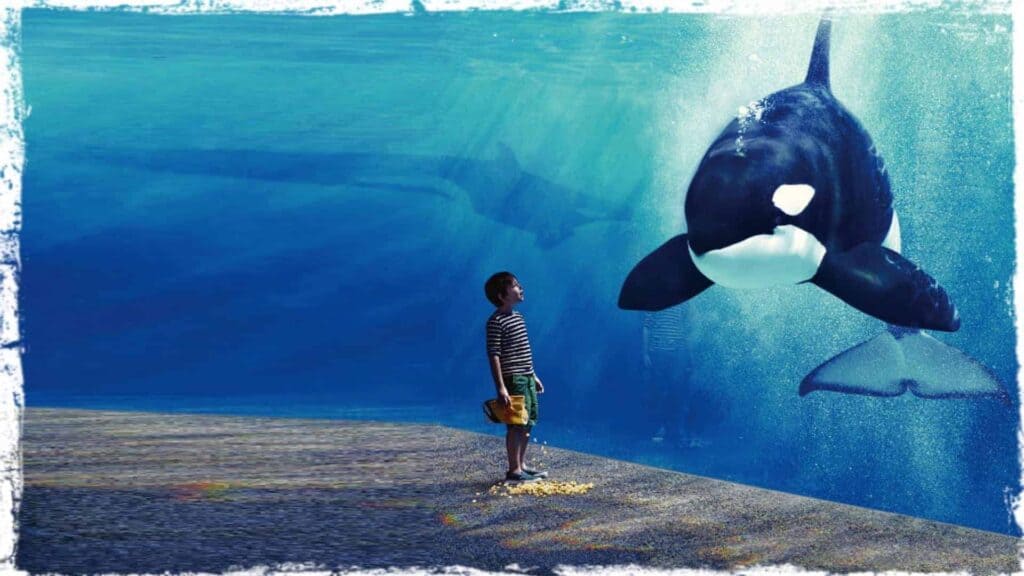 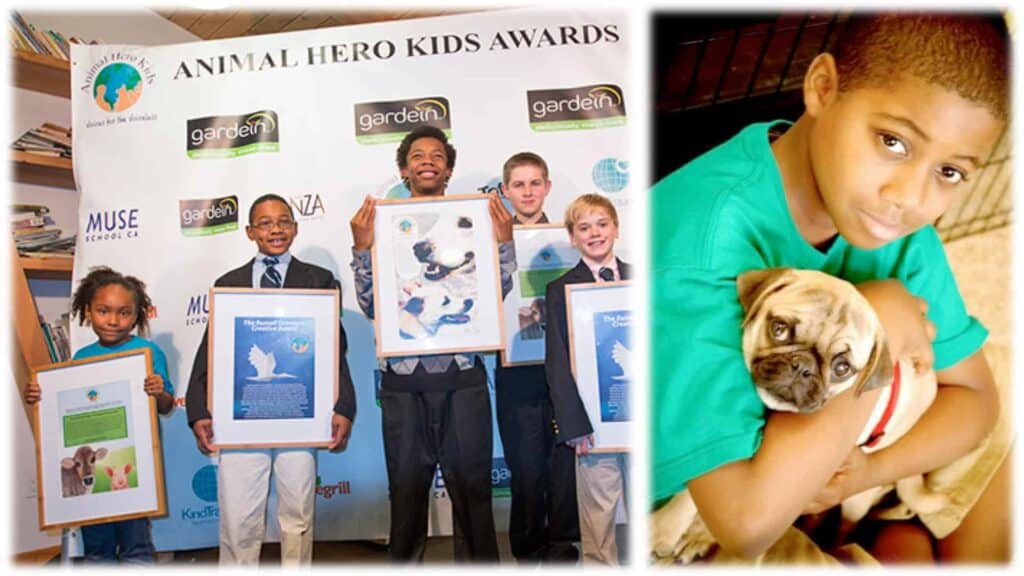 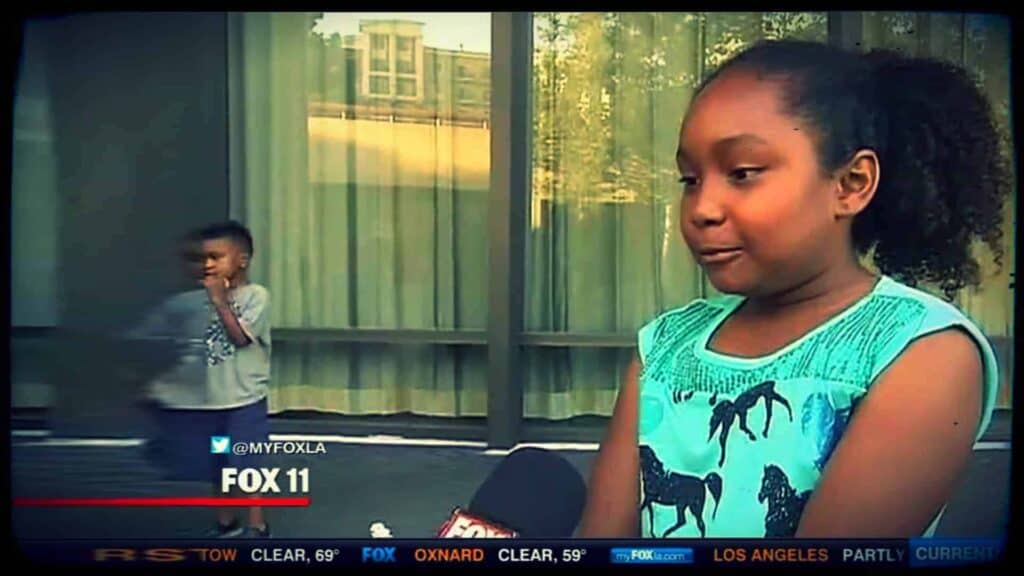