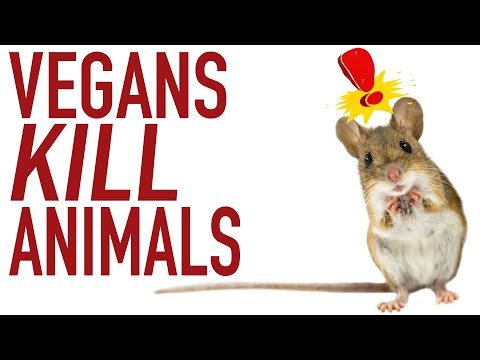 Does a vegan diet lead to more animal deaths than an omnivorous one? Is it true that harvesting crops for vegans kills more animals than farming grass-fed beef? It’s time for vegans to take a long, hard look at their lifestyles and choose the path that is truly more ethical.

Veganism is all about causing the least amount of harm possible.  But according to a recent article, due to the process of harvesting crops, vegan and vegetarian diets actually carry a higher body count and environmental cost than their omnivorous counterparts.  So is it time for us vegans to get on the grass-fed-beef-bandwagon?  Let’s find out.

Now, the “recent” article isn’t exactly recent.  Entitled “Ordering the Vegetarian meal? There’s more blood on your hands,” by Professor Mike Archer, it was originally published in 2011 but recently went viral across Facebook when re-posted by I F*cking Love Science.  It was shared over 100,000 times, most likely posted to the walls of vegans with furious gusto in an enthusiastic “gotcha” moment, the most inspired retort to the vegan argument since: “bacon!”  Ha! take that, vegans!

This, much like “bacon”, is not a new argument—just a repackaged one.  And, despite my cavalier tone, I do believe that this is an important issue to address.  Vegans should be aware of the harm that we do inflict.  We are not above the human condition of harming other beings, and we should acknowledge this and do our best to reduce our impact.

So, is a vegan diet truly the best ethical choice?

The academic cornerstone of this debate was laid in a 2001 paper by Steven L. Davis, professor of animal science at Oregon State University.  Davis wrote a critique on the “least harm” principle proposed by animal rights philosopher Tom Regan.  When asked what the difference was between killing a field mouse while cultivating crops and killing a pig for human consumption, Regan said that we must choose the food products that, overall, caused the least harm to the least number of animals.  Davis responded to Regan’s assertion that a vegan diet fulfilled this principle with his paper entitled, The Least Harm Principle May Require that Humans Consume a Diet Containing large Herbivores, not a Vegan Diet, in which he asserted just that.  This conclusion was echoed ten year later in the recently-made-viral article of Mike Archer.

If we were to instead compare deaths of factory farm and other grain-fed animals—which are the vast majority of animals used for food—to field animal deaths, the difference would be laughable. With our modern farming methods, it takes up to 16 pounds of grain to produce one pound of beef. Therefore, non-vegans consume—whether directly or indirectly—more than 10 times the plant matter of vegans, thus compounding the deaths of the meat-animals with those of the field animals.  This is why Archer advocates the consumption of range-fed cattle for the reduction of both animal deaths and environmental destruction.

Setting aside the fact that the overwhelming majority of meat produced in the world is grain-fed—97 percent in the US and ever-growing internationally, including Archer’s Australia—a fact which completely invalidates this entire argument of omnivores causing less harm, let’s look at the viability of grass fed cattle as a primary source of protein.  Pasture-raised livestock is not the idyllic picture of environmental sustainability so often painted by its advocates.

While there are some advantageous to grass-fed cattle, and it is, in many ways, preferable to feedlots, the rangeland required is incredibly vast.  This means habitat destruction on an epic scale coupled with the fact that there simply isn’t enough land to raise sufficient grass-fed cattle to meet current consumption demands.  One grass-fed cow requires anywhere from 2.5-35 acres of land depending on the quality of the pasture.  The US alone has close to 100 million cattle, which, if using the conservative estimate of 2.5 acres, means 250 million acres of grazing pasture.  That is over 390,000 square miles, more than 10% of the entire US.

Brazil is a perfect case study of large-scale grass-fed cattle production, a practice which has led to what Greenpeace termed in their 2009 report, “Slaughtering the Amazon.”  The report showed that Amazonian cattle are now the largest single cause of deforestation, and responsible for 20 percent of the world’s greenhouse gases. In his article “The truth About Grass-Fed Beef“, John Robbins states that, “Amazonian cattle are free-range, grass-fed, and possibly organic, but they are still a plague on the planet and a driving force behind global warming.”

Regardless of these statistics, and the viability of grass-fed cattle, the fact remains that the majority of meat consumed by non-vegans is feedlot meat, which requires an insane amount of crops to produce and places the additional death of field animals on top of the toll of direct deaths by non-vegans.  Additionally, non-vegans aren’t excluded from consuming grains directly.  In his refutation of Archer’s article, Patrick Moriarty points out the obvious, that, “a hamburger has one layer of meat, but two layers of bun.”  And I’d add that not all vegans base their diets on grain products and some vegans (me) don’t consume grains at all.

Returning to the issue of field animal deaths, if we take a closer look at Davis’ calculations in the original article, we’ll find his figures circumspect.  Gaverick Matheny did just this in his 2003 article on the journal of agricultural and environmental ethics titled, “Least Harm: A Defense of Vegetarianism from Steven Davis’s Omnivorous Proposal.”  Matheny pointed out that Davis based his figures on land area rather than per consumer and, like Archer, had confined his analysis to grass-fed ruminants.

Davis also neglected to factor in the ethical weight of suffering and cruelty inflicted about farm animals, such as branding, dehorning, castration, a lifetime of confinement, transportation without food or water, and a terrifying death, all of which are spared animals of the field.  Matheny concludes that, “when we correct these errors, Davis’s argument makes a strong case for, rather than against, adopting a vegetarian diet: vegetarianism kills fewer animals, involves better treatment of animals, and likely allows a greater number of animals with lives worth living to exist.”

With Davis’ mathematical errors corrected, this graph from AnimalVisuals.org makes evident the true number of animal deaths per calorie of food.  It should be noted that Archer’s more recent article bases calculations on deaths per gram of protein, further falsely skewing the results in favor of meat.

Furthermore, Professor Andy Lamey, in his article in the Journal of Social Philosophy, criticized the studies Davis utilized for his statistics of field animal deaths.  One study included deaths from natural predation, and the other examined the production of sugarcane, a rather nonstandard crop, which Lamey wrote has little relevance to deaths associated with typical crop production.  Both Lamey and Matheny also argued that accidental deaths are ethically distinct from intentional ones, and that if Davis includes the accidental deaths of field animals in the cost of a vegan diet, he must also include accidental human deaths caused by his proposed diet.

Referring to these inherent flaws in Davis’ argument, Lamey states that, “although these problems defeat Davis’s attempt to offer an immanent critique of Regan’s animal rights position, his analysis does have important dietary ramifications that animal advocates should take into account.”

And Moriarty states that “Professor Archer… is right to stress the environmental consequences of grain production (including mice deaths) but the body count is higher for a meat than a vegetarian diet.”

Now does this exempt vegans from owning the deaths we do cause?  Absolutely not.  We should certainly be aware of the harm we cause animals, whether intentional or not.  The animals that suffer and die at our hands could care less about our intent.  To them, the pain is the same.  And I’ll be the first vegan to admit that I most certainly do inadvertently cause animal suffering.  It’s inevitable.  But that does not invalidate the vegan stance and the continual striving for the reduction of harm.  And studies with flawed and skewed data do not either.

Now I need your help.  Let’s make this post go just as viral as the article it refutes.  Share it everywhere.  Post and repost. Tweet it to I F*cking Love Science to get the word out that veganism is a strong as ever and firmly rooted in science!

And I’d love to hear from you!  What are your thoughts in this topic?  Let me know in the comments! 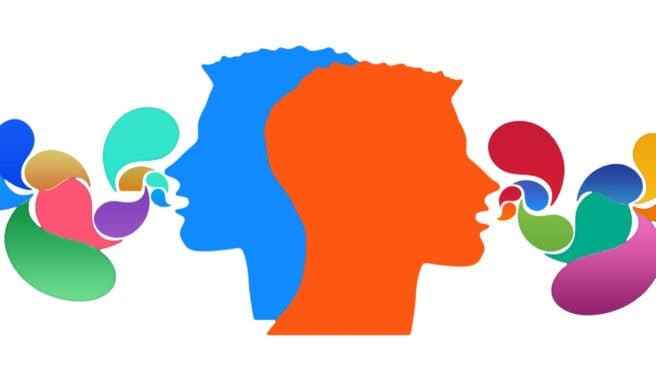