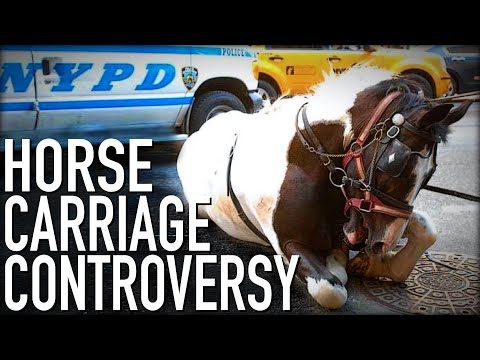 Are horse-drawn carriages a traditional romantic experience, or a cruel and abusive industry? Why have many cities decided to ban them altogether? Let’s take a closer look at the carriage horse industry and the controversy arising from it.

Think of the perfect night of romance: dinner at an expensive restaurant; maybe a moonlit walk—or even better—a horse drawn carriage ride under the stars. You feel the a gentle breeze on your skin, hear the serenading of crickets, the clip-clop of the horse’s hooves—or actually, the drag-clop—and her loud, labored wheezing, and the click-grind of teeth against metal as she neurotically chomps at the bit. Like I said…romantic.

This post is the fourth in my series on horse ethics. In the first, we looked at horse riding in general and the musculoskeletal damage that it causes as well as whether riding itself is ethical. In the second, we took a closer look at the effects of the bit in particular, and in the third, took a hard look at possibly the largest, cruelest, and most deeply corrupt horse industry: horse racing.

I strongly urge you to read and watch the video post on horse racing to further expose the industry for what it is: a cash machine built—very literally—on the backs of living, sentient beings who are—also literally—ridden into the ground and discarded.

But today we’re going to talk about the horse carriage industry. Carriage horses are a longstanding tradition in many cities in the United States, as well as internationally. In some areas of the world, they are still a practical means of transportation.

What I’m going to focus on today are entertainment-based carriage rides. You can watch and read my video post on horse riding for the ethical and vegan stance on even a “practical” use of horses. Additionally, I won’t be going into the effects of bits and harnesses on carriage horses as I’ve covered those in detail in a previous post.

Horse carriage rides have been in and out of the news in the US in recent years, especially with New York mayor Bill De Blasio’s 2013 campaign platform including the clear intention to ban the industry altogether and replace horse-drawn carriages with clean energy electric cars, something he is still struggling to achieve as he’s repeatedly come up against strong opposition.1

Before I get into the arguments on either side, let’s take a look back at the origins of this industry. It was roughly sometime around 6000 BC when we realized we could get animals to carry things for us and sometime around 3500 BC when we added wheels to a sled to make the first cart and then sometime around 1300 BC when we had the genius idea to show a piece of metal between the teeth of a horse to control them better.2 Fast forward a good deal and the first stagecoaches for hire we introduced in London as early as 1625.3 It wasn’t until around 1825 that regular stagecoaches services were established in the United States, with hansom cabs operating in major cities and stagecoach lines running on regular schedules throughout the east by the 1840’s. So that’s a pretty long-held tradition as far as the United States in concerned. (We think a hundred years is incredibly long ago.)

So you see, horse-drawn carriages are a time-honored tradition. And guess what? So is animal abuse. According to Lee Siegel’s engaging article Clomping Towards Oblivion, “the [horse-drawn carriage] business was constantly being regulated and re-regulated, but abuse of the animals was common practice.”4 Interestingly enough, it was brazen cruelty like drivers whipping their horses openly that spurred the formation of the now well-known ASPCA, or American Society for the Prevention of Cruelty to Animals in 1866. And while the ASPCA did make headway in ensuring a higher standard of treatment for carriage horses, they also became the leading killer of horses in the city as insurance companies wouldn’t pay for lame horses if the policyholder shot them, so the ASPCA operatives would.

With the rise of the automobile, by the twenties, horse-drawn carriages were becoming more of a romantic luxury or quaint and charming activity. In New York City, the carriage horses were limited to the area around and inside Central Park in 1989. Since then, multitudes of various rules and regulations have come and gone: temperature and time limits, vacation mandates, and the like.5

Arguments Against the Horse Carriage Industry

Opponents to the horse carriage industry cite the sobering array of horse-drawn carriage accidents resulting in property destruction, as well as the severe injury—or even death—of horses and humans alike.6 The majority of accidents are cause by horses spooking—a term referring to when horses are frightened and bolt or act erratically.

Aside from the incidents and injuries, horse-drawn carriage opponents also cite the objectionable living and working conditions. While there are supposed to be time and temperature limits for carriage horses, the spokewoman for the New York City carriage industry, Christina Hansen, was caught on tape in July 2014 giving a carriage ride after the city had suspended drivers due to the extreme heat.8

Horses are afforded no federal protection under the Animal Welfare Act,9 so the responsibility of looking out for horses’ welfare falls to local animal control officials, who often simply don’t have the time, resources, or even interest to properly enforce city mandates.

These horses are working 9–10 hour days, breathing in exhaust fumes and trudging along on hard pavement. In a study by veterinarian Jeffie Roszel, “tracheal washes and samples from respiratory secretions of these horses showed enormous lung damage, the same kind of damage you would expect from a heavy smoker.”10 These horses live a truly “nose-to-tailpipe” existence.11

Sadly, their off-hours aren’t much brighter. In New York City in particular, carriage horses live in a multi-storied stable that they have to walk up and down to their sometimes windowless 60 square-foot stalls.12 Raids on stables have found standing excrement, rotten floorboards leading to broken legs, and lack of fresh water and food.

This is not to say all carriage horse stalls are in deplorable conditions—but regardless, these animals go from walking in circles on concrete in clouds of exhaust, to walking up ramps to closed in concrete stalls. With the constant walking and standing on hard surfaces, veterinarian Holly Cheever states that, “lameness and hoof deterioration are inevitable.”13

So, what happens when these horses’ bodies finally betray them? Like most failed racing horses, the final destination for many carriage horses is slaughter. They are sent to auction to be sold for a pittance—shipped to Canada or Mexico, and slaughtered for pet food or overseas human consumption.14

It’s a terrifying, painful, and thankless end to their life of servitude.

Arguments For the Horse Carriage Industry

So, what are the arguments for keeping this industry around? Well… carriage rides are…kinda nice. Okay, that’s not the only reason proponents offer. Those fighting to save the industry mainly cite tradition and the jobs of the carriage drivers—and are sure to mention that in New York City, carriage horses have a mandated five weeks a year in open pastures.15 (Talk about your lavish vacation, eh?)

Making the news many times,16 actor Liam Neeson is surprisingly passionate about this issue. During an appearance on The Daily Show with Jon Stewart, Neeson asserted that, “these guys treat these horses like their children,” to which Stewart replied that—were that true—it would not be seen as good parenting by the division of youth and family services.17 [tweet this]

The stronger argument—in a sense—is that the horse carriage drivers will be jobless with the dissolution of the industry. This argument is often used against a worldwide shift to veganism: what would the workers of the animal products industry do? Well, with progress comes the loss of certain jobs, but the creation of others. Think about technology and all the jobs it has displaced, yet simultaneously created. There are people whose job it is to manage social media accounts. They are payed to tweet. Who saw that coming?

The fact people will lose their jobs and have to find alternative employment after the dissolution of an unjust industry does not make the industry just. We’re talking dollars to lives. You can get another job, but these horses have but one life, and it’s not meant to be spent like this. [tweet this]

I’d love to hear from you on this topic: Where do you stand in the debate? Let me know in the comments! 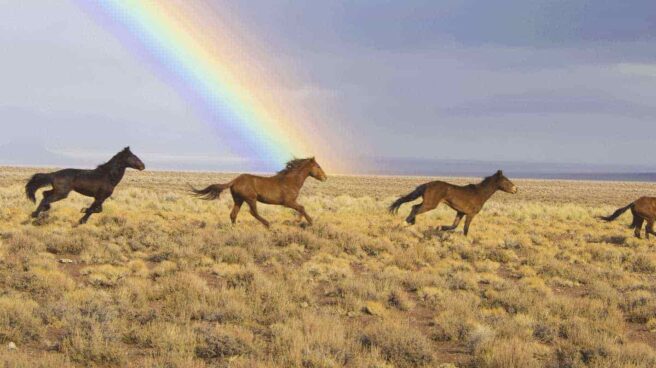 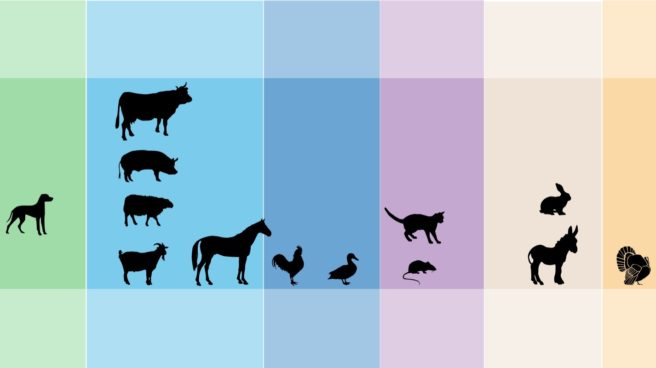 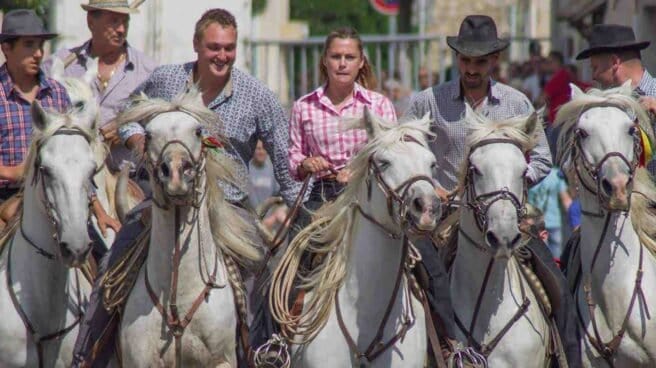