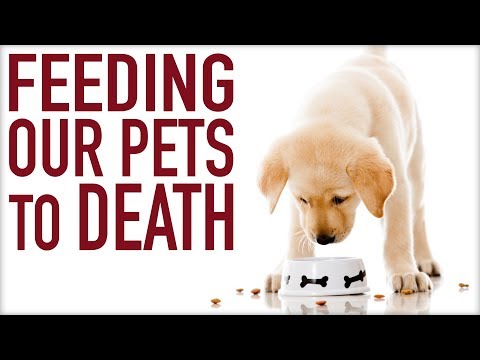 This video is about how we are feeding our pets TO DEATH. aside from the moral implications of what we feed our animals, there are very valid health concerns related to many of the lesser-known ingredients in common pet foods.

About 50% of every food animal does not get used in human food. Whatever remains of the carcass, the head, feet, bone, blood, the intestines, and their contents, meaning poop, lungs, spleens, livers, ligaments, fat trimming, unborn babies, and other parts as well as animal feed, fertilizer, industrial lubricants, soap, rubber, and other products, goes into the “loving ingredients” of your pet’s food.  Pet food also includes the so-called “4-d” animals: the dead, dying, diseased, and disabled.

In the book “Obligate Carnivore” author Jed Gillen makes a compelling case for a vegan diet for cats and dogs. If you think that a vegan diet is unnatural for your cat or dog, Jed asks us to look at how natural the ingredients are in meat-based pet foods. The meat in our pet food is stuffed with for whatever reason cannot the sold as human food. It’s so bad that it cannot even be put into hot dogs. Think about that- if the industry that uses reject meat parts, actually rejects meat parts, you know that you’re dealing with some serious strange.

Jed says that “meat doesn’t mean filet mignon. It doesn’t mean that it has passed any sort of inspection, or that it necessarily has any nutritional value whatsoever. It can be blood, bone or brain tissue. It can be road kill. It can even be cats and dogs.” The FDA conducted a study in which they looked in pet food for pentobarbital, the most commonly used euthanasia drug. The results? They found it. Forced cannibalism seems sadistic, but in terms of what’s really unnatural, it’s not even close.

Spoiled supermarket meats find their way into cat and dog food. The kicker is that they are not required to take them out of the Styrofoam packages first. And with the cats and dogs that go into pet food, flea collars are not routinely removed. So is this really part of the natural healthy diet of our dogs and cats?

Many people defend mainstream pet food by saying “it’s my pet’s natural instinct to eat meat.” there is a huge difference between a lion or wolf killing and eating another animal, and a domestic cat or dog eating an animal that was raised, tortured, slaughtered, rendered extruded, packaged, purchased and served by humans.

Which represents the greater crime against nature? Providing cats and dogs with a vegan diet that is specially formulated to meet their nutritional needs, or giving them a highly processed meat-based food consisting of feathers, tumors, nerve tissue, cat and dog carcasses, ground-up plastic, and a poison specifically designed to kill them? A cat or dog can live and be healthy without having animals killed for food. Therefore if we give them meat, we are participating in taking animal life merely for the sake of their appetite. Jed puts it succinctly, “just because our cats and dogs don’t understand and cannot be held morally responsible for this, does not mean that no injustice has been committed.”

If everybody stopped eating meat but continued to demand that meat be made available for their pets food, the animal slaughter industry would continue to be profitable and animals would continue to suffer needlessly. Jed Gillen brings up a good point saying “i always wonder how some people can be so concerned about the supposed ‘cruelty’ of depriving cats and dogs of meat, while at the same time finding it so easy to dismiss the extreme suffering that is experienced by the animals that are made into that meat for cats and dogs”.

The argument that it’s not natural is a cop-out. What’s natural has never been the basis for what is moral. Coming from a purely moral standpoint, it wouldn’t really matter that vegetarian food be healthier than meat in order to conclude that it’s the best choice. It just so happens that a vegan diet has been shown to be healthier for cats and dogs.

Perhaps you’re thinking “that’s not what my veterinarian says!”  in, in truth, the majority of veterinarians aren’t educated about vegan diets for animals.  The source of educational materials for the few nutritional courses that veterinarians do take, are written by the meat pet food companies. They consist of the results from studies that the companies themselves have conducted or paid to have done. Many people who are vegan continue to feed their animals meat-based pet food.

When the pet food industry tells us that pelletized or canned slaughter house waste products, the bodies of dogs and cats, moldy grains, flea collars, euthanasia solution, hormones, chemical preservatives, pesticides, livestock antibiotics, and toxic levels of heavy metal like lead and mercury, are not only adequate but actually necessary for proper nutrition, many of us accept this claim at face value. For many vegans this is the last slaughterhouse industry lie to which we are still susceptible.

The final hold-out on the vegan pets debate is always cats.  Cats require taurine which many people argue they can only get from meat sources. However as long ago as the 1920’s, the old method of isolating taurine was outdated, having been replaced with the more efficient process of creating it synthetically. The greatest irony of the whole foolish taurine issue, is the simple fact that most cats living today have been relying on synthetic taurine all of their lives anyway.

The high temperatures of a rendering plant cause whatever vitamins and such that were present at the outset to denature. All modern meat-based pet foods utilize the exact same synthetic taurine that the vegan cat food manufacturers do. So you’ve told me about all of the horrible stuff in my pets food. What can i feed them? There are a variety of vegan dog cat foods. So if you try one and your pets not satisfied, don’t give up. In “Obligate Carnivore” Jed Gillen talks specifically about how to make the switch.

I hope this has provided you with all the information and inspiration to make the switch with your pets’ diets.  For their health, for the planet, and for the animals! 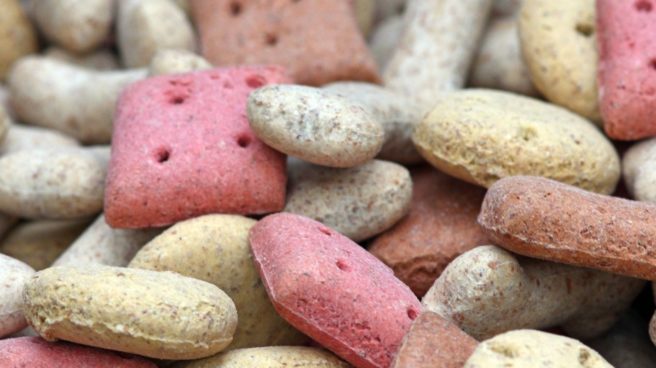 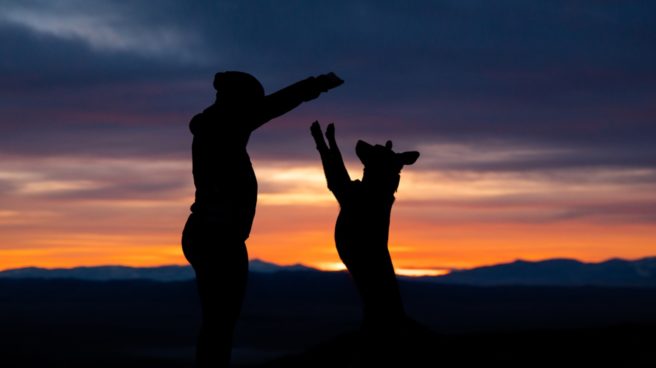 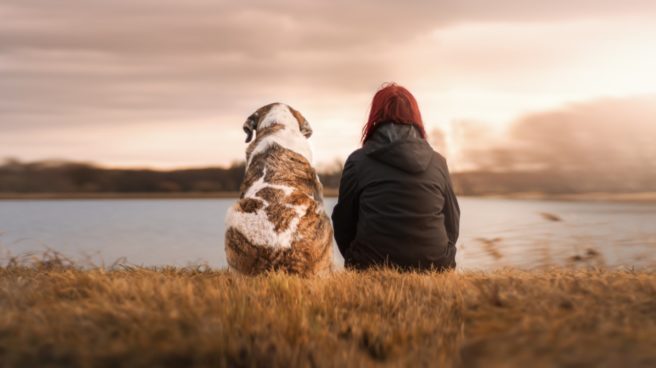