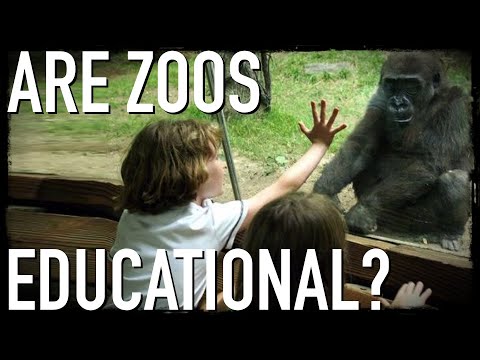 The ethics of zoos is a polarizing and complicated topic, even amongst vegans. Let’s see whether zoos are really the centers of education, amusement, conservation, and research they purport to be.

What’s not to love about the zoo when you’re a kid? You get to see all kinds of animals from polar bears to giraffes. You can stand eye-to-eye with a chimpanzee, watch exotic birds preen and perform. You can watch penguins waddle on land and fly underwater, and see lions, tiger and bears!

As a parent, there’s a lot to love too. Plenty of fun for the kids, and, more importantly, education. They can learn about the natural habitat and behaviors of animals from all over the world and the value of conservation. But are these really the lessons zoos are conveying? Or is there a stronger message being imparted? tweet this

The ethics of zoos is a polarizing and complicated topic, even amongst vegans. The arguments usually brought forth by those in favor of zoos are fourfold: that they provide amusement, valuable education, vital research, and laudable conservation and rehabilitation.

I’m going to approach this issue from several angles in separate videos. Today we’re going to focus on the education zoos provide for our children.

It’s safe to say that most people have memories of visiting the zoo as a child. Personally, my first conscious memory of a zoo was in Jacksonville, Florida on an oppressively hot and humid Summer’s day. At that time the Jacksonville Zoo consisted of not much more than concrete slabs encased in bars with lethargic, panting animals languishing in the Florida heat. I remember thinking that this was supposed to be fun–that the zoo was supposed to be a good place for the animals. I struggled to reconcile the story I’d been told with the reality before me.

Of course many zoos, including the one in Jacksonville have vastly improved their enclosures. But how much have these surface beautifications impacted the animals’ quality of life? Or the message conveyed to visiting children?

When polled by the Association of Zoos and Aquariums, the National zoo accreditation organization in the United States, 94% of people believe that zoos teach their children about how to protect animals and the habitats they depend on.1 Dale Jamieson, Professor of Environmental Studies and Philosophy at New York University raises an important nuanced point:

Of course, it is undeniable that some education occurs in some zoos. But this very fact raises other issues. What is it that we want people to learn from visiting zoos? Facts about the physiology and behaviour of various animals? Attitudes towards the survival of endangered species? Compassion for the fate of all animals? To what degree does education require keeping wild animals in captivity?2 tweet this— Dale Jamieson, Professor of Environmental Studies and Philosophy at New York University

And therein lies the issue of zoo-based education. All of these educational goals can easily be met, and far more successfully, without caging living beings for profit. Let’s look at some of the mains educational draws touted by zoos: learning about animals’ natural habitat, their natural behaviors, and the value of conservation and animal stewardship.

No matter how accurately zoos attempt to recreate habitats, they will never be natural. While some zoos attempt to grant their animals as much space as possible, they can never recreate the natural expanse of territory found in the wild. Zoo animals spend day after day, year after year in the same enclosure. Birds can only flay so far, giraffes can only walk so many paces, elephants can only travel from one wall to another, and monkeys can only climb so high. Many species are used to traveling miles every day in nature.

So what are these clearly unnatural, human-imposed limitations really teaching kids about nature? That it can be recreated at will? That an enclosure that’s a fraction of the size of an animal’s natural territory can suffice as long as it looks real enough to humans? How does that exactly convey the importance of habitat preservation?

This is perhaps the greatest failing of zoo education. There is nothing more unnatural than the behavior of wild animals in human-made enclosures. However, as many people have only seen wild animals in zoo environments, they may mistake stress behaviors for natural.

Zoo animals can develop any number of neurotic behaviors from the stress of captivity.3 These are scientifically referred to as “Abnormal Repetitive Behavior,” or ARB. In 1992 by Bill Travers, co-founder of the Born Free Foundation coined the term “Zoochosis” to describe this obsessive, repetitive behaviors, and described zoo animals behaving abnormally as “zoochotic.”4

The following year, the Zoo Check Charitable Trust produced “The Zoochotic Report,”5 taken over three years at over 100 zoos in Europe, though the neurotic behaviors captured in these videos are not confined to animals in European zoos. They include pacing and circling, tongue playing and bar-biting, neck twisting, head bobbing, weaving, and swaying, rocking, over-grooming and self-mutilation, vomiting and regurgitating, and coprophilia and coprophagia, meaning the playing with and eating of excrement in species that do not naturally exhibit this behavior, apathy or non-reaction to stimuli, abnormal mother-infant relationships, which can result in the injury and death of babies, prolonged infantile behavior, wherein animals do not mature properly, and abnormal aggressive behavior. (See the video for examples.)

These are not natural animal behaviors because these animals are not in nature. These are psychologically stressed beings exhibiting neurotic and even psychotic behavior. At their best, zoos misinform children about animal’s natural behaviors by conflating them with neuroses. At their worst, they teach children that keeping animals in conditions which result in such destructive behaviors is an acceptable form of entertainment, and even in the animals’ best interest.

One of the strongest defenses of zoos is their contributions to conservation, which I’ll be doing an in-depth video on. In brief, conservation efforts, just like habitat and behavior education, do not have to involve captive animals on display. Conservation efforts are far more effectively handled by specialized wildlife breeding and rehabilitation programs far away from the prying eyes of the public. A 2013 study found that zoos lack the infrastructure and resources to carry out successful conservation efforts and that their approaches are too randomized.6

As far as what children learn from zoo conservation programs?7 Most likely as much as they do, and any adults do, from all of the neglected informational plaques displayed around zoos. (Neglected by most, that is—I read every one.)

If we want to teach our children the value of caring for and preserving the lives of animals, zoos are not the ideal classrooms they purport to be. Especially considering they pull animals from their natural habitat and overbreed them, then deal with the resulting “surplus” in any number of disturbing ways such as selling them for game hunting or killing them to feed to their other animals.8

Perhaps the most neglected flaws of portraying zoos as conveyers of the value of animal life, is the fact that they serve dead animals at every café and refreshment stand. Telling a child the value of protecting and preserving animals in one breath and serving them a carcass on a bun in the next is a bit if a mixed message, wouldn’t you say?

How Zoos Measure Up

As educational destinations, zoos fail miserably on all three counts.

Though I hoped to find evidence to the contrary, I must conclude that zoos continue to be detrimental to animal welfare, and that they do not teach children positive lessons about animals. Kids who watch leopards pacing in mindless patterns get a completely inaccurate picture of what large predators are all about. They also learn that making sentient beings suffer for human amusement is acceptable. We want to teach kids to show kindness towards animals, not stare at their misery while eating popcorn.9

This doesn’t mean kids have to miss out on engaging animal education. Children learn far more about an animal’s natural habitat, behavior, and value by watching documentaries of their actual behaviors filmed in their actual habitat. Planet Earth,10 for example, is a stunning documentary series from the BBC comprised of eleven episodes, each of which features a global overview of a different biome or habitat on Earth.

A great way for kids to connect with animals in real life is by visiting animal sanctuaries, where rescued and rehabilitated animals are allowed to live in peaceful settings. I’ve included a links to lists of international sanctuaries below11 along with further resources.

Other zoo alternative activities include visiting local parks, hiking trials, and basically, just going outside. We tend to undervalue the beauty and life in our own backyards. Kids can volunteer at local animal shelters, or even babysit neighbor’s pets to learn the importance of caring for and protecting animals.

All of the lessons zoos are meant to teach our children are far more effectively taught elsewhere, and without the cost to the animals themselves.

I hope this video has been helpful. This is just the first peak into this complex topic, so stay tuned for more zoo-based videos to come. I’d love to hear your thoughts on this aspect of the zoo issue. What do you think zoos are teaching out children? Did you go to zoos as a kid? Have you taken your own children? Let me know in the comments! 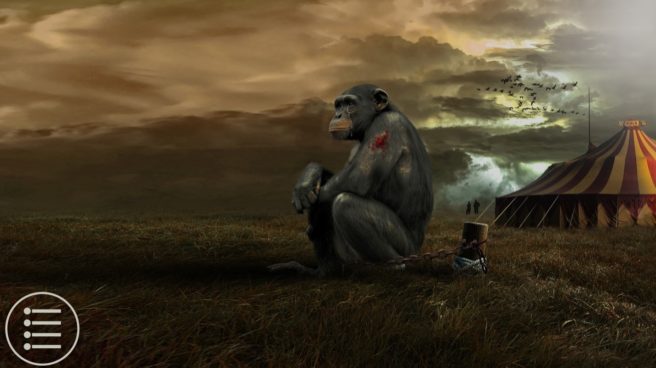 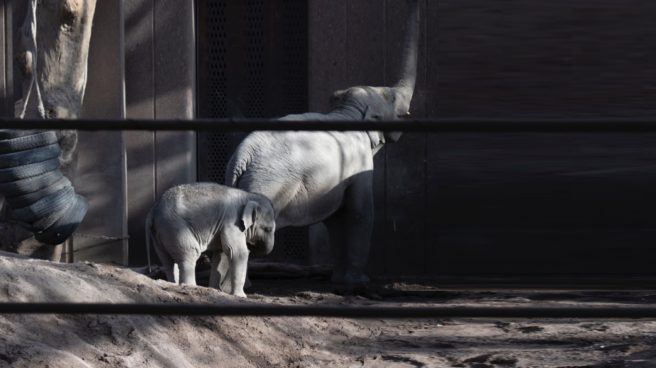 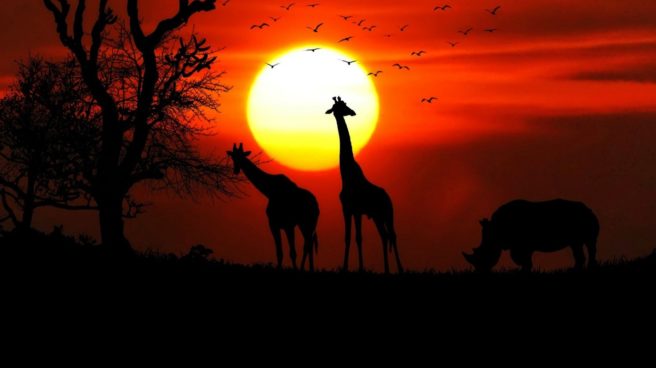