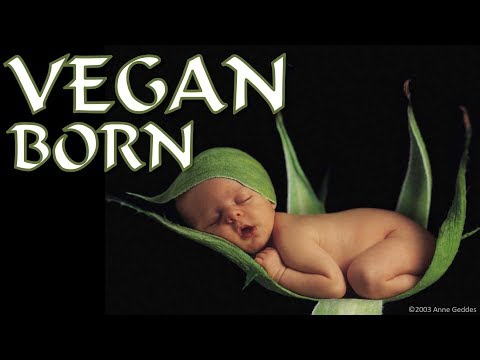 Most kids love animals. Yet most kids are raised eating animals. Despite this disparity, raising children vegan remains controversial. Few would argue that a child is far more likely to play with an animal than murder and consume it.

Our societal perception of what is normal and natural tends to be defined by the actions of the majority. As most people grew up eating animal products from an early age, veganism is by default viewed as deviation from the norm.

Yet as children, vegan or not, most also exhibited an inherent affinity for animals, as evidenced by their tendency to hug, pet and play with rather than tackle and tear the flesh from them. [tweet this]

Today I’m excited to welcome back my guests from the vegan parenting series to share about the value of nurturing children’s inherent compassion for animals and whether this by nature extends to acceptance of and respect for their fellow humans regardless of superficial differences, and stewardship towards nature and our planet.

You can find the rest of the parenting series videos here, and the kids interview series starring the other half of these families within the Vegan Videos for Kids playlist!

First we’ll hear from Martin from London, England. He and Katie are parents of Sam, 17, Jamie, 15, and 4-year-old JoJo:

Martin: “It’s part of our nature, actually, and it’s nothing that has to be taught. It’s something we condition out. So it’s more about ensuring that it’s still in our minds, our bodies and in our souls. We preach equality all across society. Across race, across sexes, across certain animals as well, but we just don’t live it.

We used to make the mistake before we were vegan of going “be careful with the ants, don’t tread on a snail, take the spider out in a cup and stroke the dog and the cat” and meanwhile we feed them chicken and eggs and it was hypocritical. So to re-communicate to them of why it’s important to do that, it’s essential and it’s a foundation for our being because speciesism is the first thing we’re taught, it’s our first prejudice. If you get that narrowed down from the beginning, all of the other prejudices kind of fall into line and there is no kind of discrimination across any race, sex or species.”

Next we head to Bronx in New York City, NY, to hear from Jesse, father of 2-year-old Zachary, and 4-year-old Jesse Jace:

Jesse: “Children do not want to eat animals – they have to be forced to because they have no desire to…it’s not instinctual. When you teach your children this way, you see them full of joy. You don’t see them, when they play with other kids, being bullies. They’re happy, they’re friendlier, you know.

And I think it’s a great way to raise your children – with empathy and compassion for everything because we need to teach our children the things we have done wrong and try to change that way in society where we care for everything, where we understand we’re not just here for humans. Other animals need a chance and we need to also take care of them and that we are all earthlings and preach unity for everybody. It’s definitely important to teach children compassion. I think it goes hand-in-hand with veganism.”

Providing insight from down under in Brisbane Australia, we have Theresa, mother of 10-year-old Amina and Kara, mother of 11-year-old Jude, 9-year-old Gala, and three grown children, including India, who chimed in as a vegan-parent-to-be:

Theresa: “You don’t even have to teach them that.”

India: “If something’s living you know don’t hurt it. If you’re a kid you just don’t think to.”

Kara: “And I think, you know, with the kids, they do feel the animals pain as their own in a way.”

India: “They haven’t been taught to see the difference between ‘we’re an animal, but we’re higher up than this animal.'”

Kara: “See, I wouldn’t mind if Jude and Gala saw any kind of videos but they don’t. Not because I don’t let them, I really don’t censor it or anything. But they’re like, because they really do feel the suffering, they’re like “I don’t want to see anything mum.” And I say no, you don’t have to, because it really hurts them. Like they really feel the suffering of the animals as their own. And that was natural, I didn’t really teach them that. And I think children do have that natural ability. I think that’s taking it away from them.”

Back across the globe we head to Cambridge, MA, where Shantelle, mother of 8-year-old Izzy offers some serious food for thought:

Us as humans, I think it’s very selfish of us to actually believe that there are other being on this earth that do not feel pain, that do not suffer, that do not grieve the loss of their children and their family members. How self-righteous would that make you as a person to believe that you are the only one on Earth that is capable of feeling these types of emotions?

And I think it’s important to really teach your children to look at everything objectively. Ask questions. Always, always, always ask questions. Don’t be afraid to say “well how did all this milk get to Walmart Supercenter?” “Where are the baby cows?” It’s important to say things like that to children. Why do you think all this milk is in the grocery store? Look at all these thousands of gallons of dairy. They’re at gas stations, they’re in your Dunkin Donuts. How is this milk getting here? Who needs cow milk? A child is going to saw “baby cows.”

It’s very simple and black and white to them. So I think encouraging them to be inquisitive and ask questions and not to be afraid to ask questions opens up a whole floodgate of conversations that they can have and it can help them obtain that empathy that they need and that understanding that us as humans, our job here is to keep the world in balance and to protect the world. Us as parents, we just have to encourage that. That dialogue and that conversation. And that’s all. They’re going to take it from there.”

Speaking to the violence inherent in animal product, we turn to Eric and Crystal from Virginia, parents of 14-year-old Jordan, 8-year-old Alejandro and two young adults who are 19 & 21:

Eric: “If I hand my son a knife and say ‘go stab that pig in the, you know, in the artery,’ I mean it’s a different mindset that he’s going to have. I think in the long run, he’ll treat people with respect and dignity and see that there’s value to everybody’s life. If you already have that compassion in your heart, I think it carries over into the rest of your life.”

Crystal: “I think for us, if I can’t even kill a spider in my garden, how can I hurt somebody else? Or a person, or a dog. So I’m getting…it does extend.”

Hailing from Hawaii, on the island of Maui, we have Ellen, mother of 1-year-old Sandy and 4-year-old Elvis, addressing the impact on future generations:

Ellen: “Teaching our children to love all beings, their desire to live and be loved regardless of how different they look from us is so valuable. That’s something they already have within themselves, it’s really just instilling that. Understanding and not trying to tamper with that, which is what we… cause you know one of the first types of discrimination that children are taught is to love certain animals but not others. Be nice to the cat and the dog, but the chicken and the cow, the pig, they don’t matter. Just kill them. We eat them. You know?

So I think by extending that circle of compassion to not just humans but to all beings, I think it excites me. It makes me excited for future generations if we can get more people on board with this understanding. That we might be able to create a more peaceful planet. You know, how is that child going to grow up hating a certain human of a different color or size or shape if he loves the chicken? Who looks totally different than him, and might not be that easy to relate to, but he can still extend a circle of compassion to even the chicken.

I think it excites me, it’s one of my biggest passions to see that might be possible for us to raise this next generation and their children’s children in compassion and love for the animals and the planet. Taking care of this planet to where we might have a more peaceful planet. And call me crazy, but even less wars you know? So I really think that that is a possibility and makes perfect sense to me.”

Now we close out with some words of wisdom from Raffaela in Lisbon, Portugal, mother of 5-year-old Vasco:

Raffaele: “Teaching them compassion for animals is so important because every other form of discrimination and disrespect comes after that. You’re teaching them to value life regardless of how that life looks like. Their capacity to accept differences changes, their ability to care and love is expanded because there is no conflict between what they believe and what they feel and what they’re practicing.

I hope you enjoyed hearing from all of the parents. I’d love to hear your thoughts on what they shared as well as any aspect of this multifaceted topic.

You can find links below to more resources for parents and kids as well as my guests’ social media accounts so you can follow each family’s journey. And stay tuned for more to come in the vegan parenting series.

If you liked this discourse on compassion, do give the video a thumbs up and share it around to help kids and adults reconnect with their inherent nature. And subscribe for fresh vegan content every Monday, Wednesday and some Fridays. To help support Bite Size Vegan’s educational efforts, please see the support page or join us in the Nugget Army on Patreon. 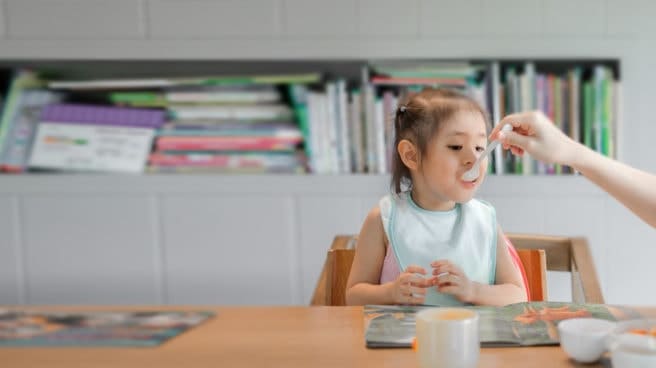 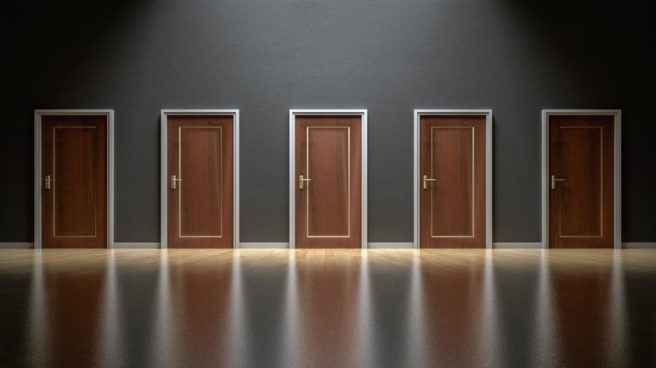 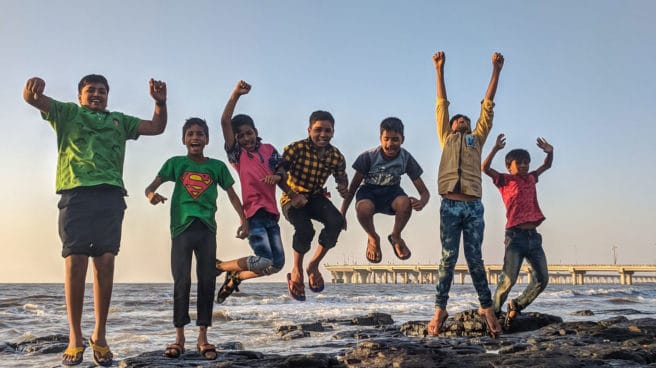