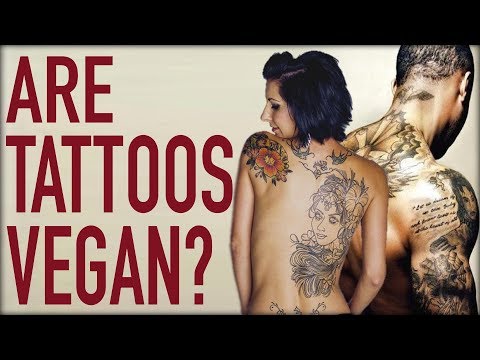 As a tattooed vegan I’m often asked: “Are tattoos vegan?” In this video I address what ingredient and products can make tattoos not vegan – some of which are rather obscure. I answer: Is it possible to get a 100% vegan tattoo, and how to find a vegan tattoo shop.

We vegans can be an expressive and passionate lot.  And a number of us–like any number of any grouping of people–like to express that passion with visual representations in the form of tattoos. Of course, given that we often express our passion for animals, it’s important to ask, are tattoos vegan?  Well, I can tell you one thing—if they’re not…This is going to be quite awkward. tweet this

Being vocally vegan and amply tattooed, the question of tattoos’ vegan-ness is posed to me quite often.  Though still not as often as where I get my protein. My tats have also inspired some of the more creative personal attack comments on my channel like:

Now that last one has a point–in some instances.  And maybe the first one does too. everyone’s entitled to their own opinion.

If you want to know more about my personal tattoos and their significance, check out my vegan tattoo tour in this video post.  And, just to let you know, I’m hoping to get my leg piece finished at the end of May after over a year of waiting, so I’ll be sure to take a camera with and show you the process.  Stay tuned for that.

So, what is it that makes tattoos not vegan?  What do we vegans need to look out for and is it possible to get a 100 percent vegan tattoo?  And how do you find a vegan tattoo shop or artist? Let’s find out! [tweet this]

First off, a little about tattoo ink: Tattoo ink is formed of a pigment, which gives the ink its color, suspended within a carrier solution.  The pigment is usually derived from plants or metal.  Now, what my astute commenter was referring to with the bone bit of his comment, however, is black ink, also called “bone black” which can–but doesn’t always–contain charcoal and soot derived from the charred bones of animals.

The suspension in which this pigment is…well…suspended keeps the ink evenly mixed and aids in the ease of application.  Carrier solutions generally contain purified water, ethyl alcohol, propylene glycol and glycerine and may also contain witch hazel.  For vegans, it’s the glycerine we have to watch out for.  It can be from either plants or from animal fats depending on the company.

Aside from bone char pigment and glycerine carrier solutions, there are other animal bits in tattoo inks to keep an eye out for.  Some inks also use gelatin, which is extracted from the skin, bones, and connective tissues of animals such as domesticated cattle, chicken, pigs, and fish, and shellac is a resin secreted by the female lac beetle.

So what’s a vegan to do ink-wise?  Well, luckily there are plenty of vegan inks on the market, some of which have the bonus of being non-toxic.  I’ve supplied a list of vegan ink brands below along with other resources and links for further information.

Outside of the ink itself, other elements of the tattoo process can be animal-laden.  Many artists use vaseline or petroleum jelly during tattooing to help their tattoo machine glide more easily. petroleum jelly itself can by and large be considered animal-free, although it’s a byproduct of the oil industry, which is a bit concerning, and the vaseline brand itself can contain bone char depending on the country and definitely tests on animals.

There are a number of alternative you can use to lube up your skin during your session, but of course it will be up to the individual artist as to whether they are comfortable using them.  Some options I’ve come across were shea butter, jojoba oil or olive oil.  Personally, my artist just dry-runs on me (not as filthy as it sounds) and it works out just fine.

Another lovely element of tattooing is that you get to be shaved by another person.  This can be an issue for vegans, or people with boundary issues–but that’s for a completely different reason– because disposable razors may contain a glycerin “moisturizing strip” and are by and large almost always tested on animals.  Which doesn’t make any damn sense…but then again, what element of animal testing does?

So, as an alternative to animal fat-lined razors, you can always shave yourself prior to coming with your own cruelty-free razor like the lovely preserve brand and/or bring it with you if you really want that stranger-shaving-you-in-public experience.

If being shaved by another person wasn’t invigorating enough for you, they will also partially bathe you by soaping up the area to be worked on.  Most shops use what’s referred to as green soap, presumably because it’s green.  However, the vegan society has not been able to get confirmation for green soap producers as to their glycerin sources and potential animal fat content, and the information online is highly conflicting.

The best alternative I’d recommend for this is Dr. Bronner’s Soap, the baby mild kind, ideally.  It’s hypoallergenic and tattoo friendly.  Just grab some and bring it with you.

One lesser-known hidden animal product in the tattoo experience is the lanolin in transfer paper, which comes from sheep’s wool.  If you’re not sure what the big deal is about sheep’s wool, be sure to check out this video post.

You see when you get a tattoo, unless you have a badass free-hander, your artist will draw the image out on what looks like tracing paper and apply it to your glistening moist skin to leave an outline to follow.  This allows you and your artist to work out ideal positioning and allows you a bit of a preview.

Luckily, there is a vegan transfer paper out there by Reprofx.  You can ask your artist to order some if they don’t use that brand or be a dear and purchase some form a tattoo supply shop online.  (Just visit their site and go here.)

So now that we’ve gone over the whole process, what about aftercare?  Many aftercare lotions and ointments include beeswax, lanolin, like A&D ointment, or cod liver oil.  There are plenty of vegan aftercare alternatives, which are also listed bellow.  What i tend to do is dry-heal for the beginning, and once it gets to that really nasty, flaky, itchiness, I’ll use some organic coconut oil for moisturizing.

So there you go: the whole tattoo process from start to finish.  As for finding a vegan tattoo artist, I’ve included a list of vegan tattoo shops below. there are more and more cropping up all the time, but with this video guide, you can get a vegan tattoo at any shop.  Just work with your artist and err on the side of providing as much as you can to make it less of a hassle for them. [tweet this]  A lot of time you’ll find artists are already using vegan ink without really knowing it as a lot of the vegan ink brands are highly used and respected.

Now I’d love to hear from you: Do you have tattoos?  If you’re vegan, did you know about the animal products within the tattoo process?  have you found your ideal artist?  What ink are you sporting?  Let me know in the comments.

If you liked this tatted-up video, give it a big thumbs-up and share it around to help other vegans looking to get inked.  If you’re new here, be sure to hit that big red subscribe button down there for more awesome vegan content every Monday, Wednesday and some Fridays.  To help support Bite Size Vegan in continuing the mission of effective vegan education, please see the support links in the video description below or for perks and rewards for your support, click on the Nugget Army icon there or the link in the iCard sidebar.  Now go live vegan, get inked up, and I’ll see you soon! 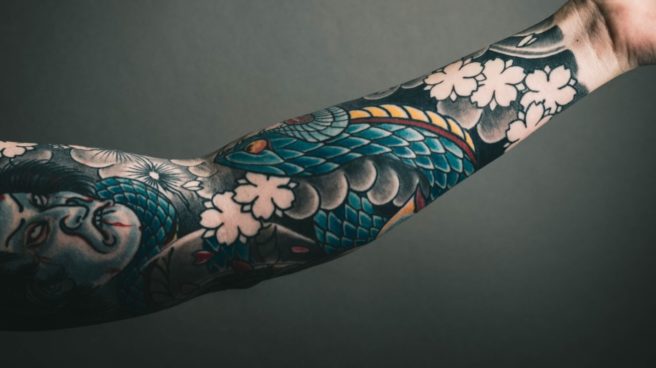 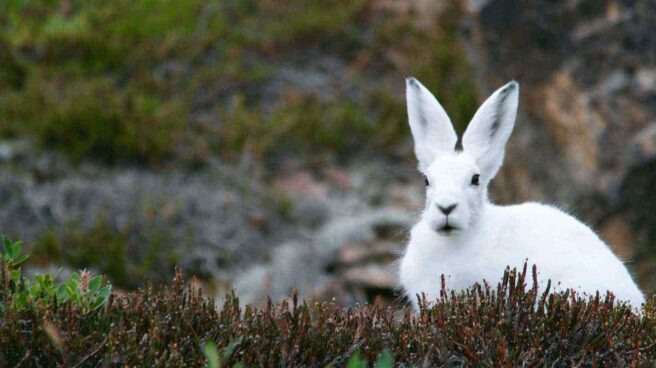