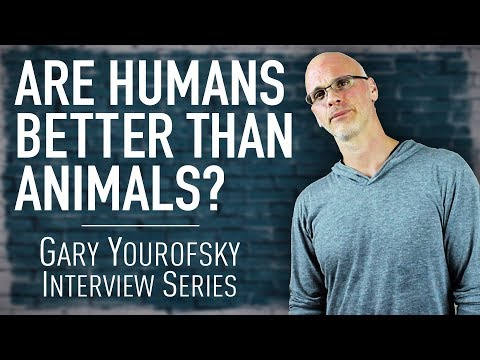 Are humans superior to animals? Does our intelligence and accomplishments define our value? What makes one life more valuable than another? And how intelligent are animals, really?

We humans are the most evolved species.  We are far more intelligent than any other animal. We’ve created technology, the arts, the Internet, written language, mathematics, memes, reality TV like Honey Boo Boo and the Jersey Shore…politics..war…hate crimes…wait, what was I saying? Oh yeah! today’s video is the second to last installation of my interview series with vegan activist Gary Yourofsky.  There’s only one left!  In this segment I ask Gary about the concept of human superiority to animals and the issue of animal intelligence.

For Gary’s full reply, be sure to watch the video above.  But here are some select choice nuggets:

“First of all, all the books that we’ve written, all the symphonies that we’ve composed, if we can’t be compassionate decent people, then who cares?  I’d rather have a bunch of illiterate, stupid humans who are compassionate, then a bunch of technologically brilliant ones who can compose a symphony, who can put together an epic blockbuster movie.  All that stuff is meaningless if you can’t be decent beings.

“Don’t confuse technological brilliance with us being ethical beings and good to the planet.  I’ll tell you, there is only one species on the planet that you can remove and that removal would benefit every single thing that exists.  That’s us.  We’re the only species that don’t fit into the equation.  We don’t mess with anything.  And even if somebody said “what do chickens do that’s positive?”  Well, you know what, I’m not quite sure what they don’t do.  They don’t destroy the planet.  So sometimes not causing harm is what these beings are doing.  Living in harmony with the ecosystem.  Something that we cannot figure out yet.  But we’ve got the solution. It’s simple: be vegan.”

I hope you enjoyed hearing Gary’s thoughts on this matter.  To hear them in full, be sure to watch the video at the top of this post.  I think it’s important to ask whether intelligence itself is a measurement of a being’s right to live.  Do people with severe and profound mental disabilities have any less rights than someone with a genius IQ?  If intelligence does define the value of a species, then why do we kill and eat pigs but love and care for dogs when pigs are far more intelligent, even outscoring 3-year-old humans on some tests?

It’s dangerous to decide one’s value and right to life based on intelligence and accomplishments. As Gary said so simply and beautifully: maybe a being’s value is in not causing harm.  And that—given our own species’ level of destruction—is an incredibly valuable asset.

Now I’d love to hear your thoughts on this.  Do you feel humans are superior to animals?  If so, what decides this ranking?  Do you believe in the equality of all beings or does there need to be a hierarchy?  Let me know in the comments! 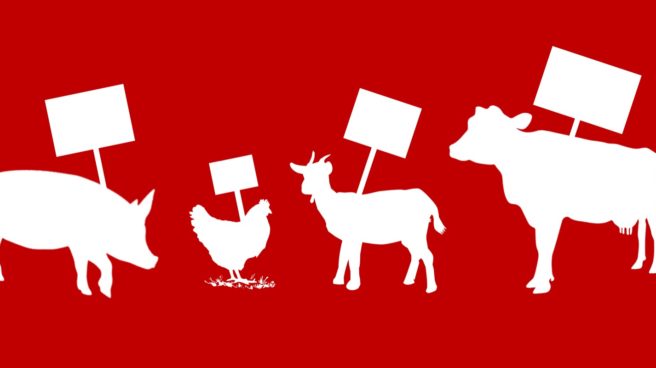